Wenger: ‘Bellerin may return for Arsenal against Stoke City’ 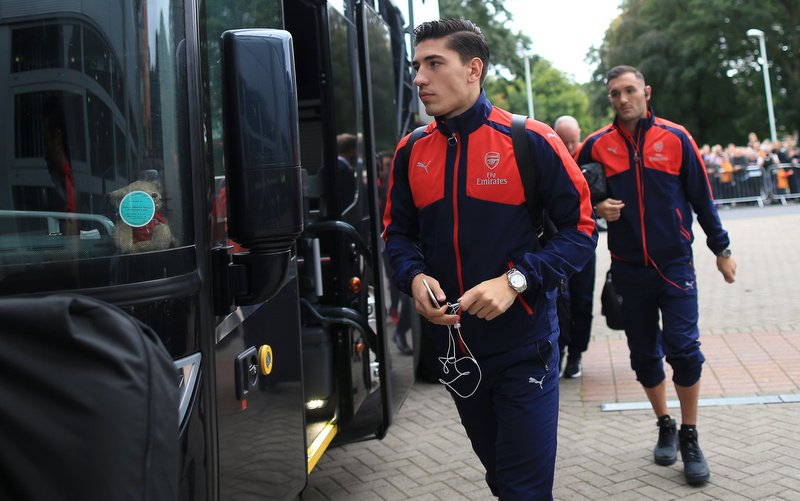 Arsene Wenger has admitted that Hector Bellerin could return to the Arsenal squad to face Stoke City this weekend in the Premier League.

The full-back, who has been sidelined for six fixtures with ankle ligament damage, could feature for the Gunners against the Potters on Saturday afternoon, with Wenger’s men currently second in the top-flight table, just three points adrift of leaders Chelsea.

Speaking at this morning’s press conference, via Sky Sports, Wenger expects the Spain international to return to his squad ahead of schedule, “Coming back into the squad are Francis Coquelin, who was suspended at [FC] Basel, and maybe Bellerin.

Bellerin, 21, who signed a new long-term contract at the Emirates Stadium to extend his stay with the North Londoners until 2022 in November, has provided one assist in 14 appearances in all competitions for Arsenal so far this season.

Having missed the Gunners’ Premier League clashes against Manchester United, AFC Bournemouth and West Ham United, Wenger used the likes of Mathieu Debuchy, Carl Jenkinson and Gabriel at right-back in the Spaniard’s absence.