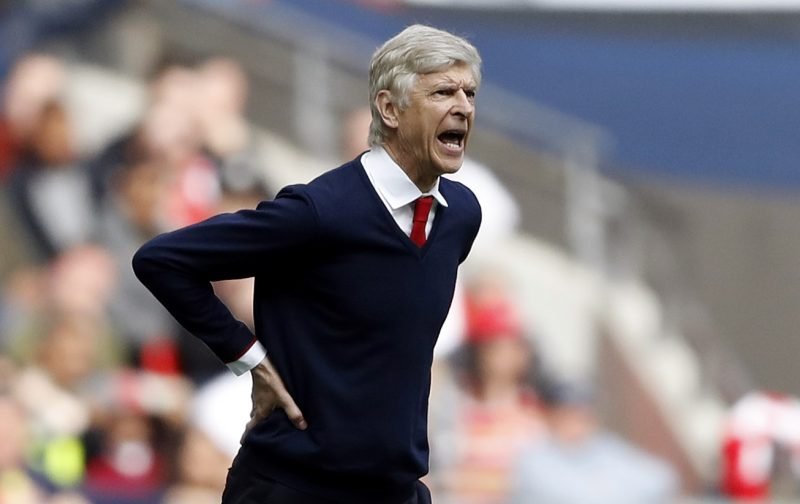 Arsenal manager Arsene Wenger was full of praise for his players’ mental resolve as the Gunners came from behind to beat Manchester City and reach the FA Cup final.

The North London outfit struggled to get a foothold on proceedings in the first half as Pep Guardiola’s side dominated possession and territory, yet the Arsenal backline held firm and restricted the Citizens to few clear-cut opportunities.

And even when Sergio Aguero did put City ahead just after the hour, Wenger’s men responded brilliantly, with Nacho Monreal volleying home nine minutes later from a deep Alex Oxlade-Chamberlain cross, before talisman Alexis Sanchez tucked home the winner in extra time.

And the Gunners boss lauded his side’s mentality as they reached a third FA Cup final in four years.

He said in his post-match press conference: ‘I felt that it was a big test for us today.

‘It was a big mental test because many people question that – ‘can we turn up in an occasion like that?’.

‘That’s why I’m very proud for the players.’

It was certainly a great response from Arsenal after being dominated for much of the first half, and even more so when they fell behind with 28 minutes of the game remaining.

And Wenger will hope that his side can take the confidence gained from Sunday’s victory into their remaining Premier League games, as the Frenchman looks to record a 21st successive top four finish.

The Gunners, currently seventh in the table and seven points adrift of City in fourth, host champions Leicester at the Emirates on Wednesday.