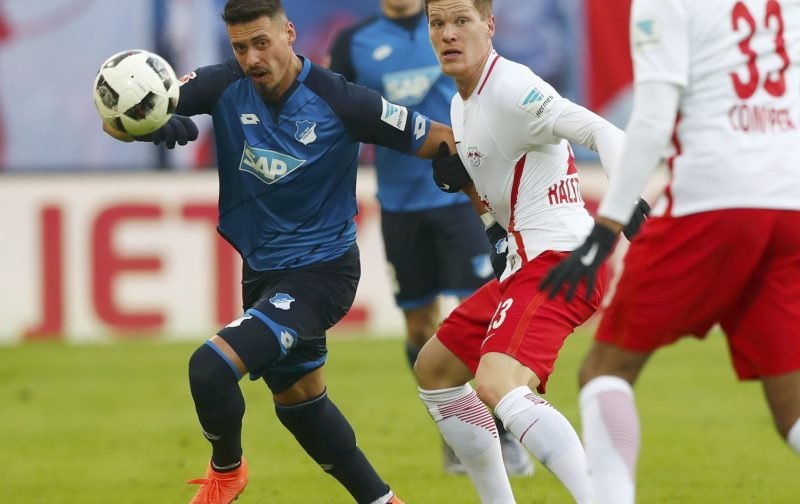 West Brom manager Tony Pulis faces a fight on his hands to bring German striking target Sandro Wagner to the Hawthorns, according to one of Germany’s leading newspapers Bild.

The Hoffenheim striker is enjoying a prolific season in the Bundesliga having bagged ten goals so far during the campaign, which is an impressive return for a player who found the net 14 times for Darmstadt last season before making a move to Hoffenheim last summer.

And, unsurprisingly, his good form has attracted interest from a few clubs in the Premier League, with the Baggies, who currently sit eighth in the table having won ten of their 25 league games this season, reportedly facing competition from fellow top-flight side Swansea City for the German forward.

The 29 year-old striker has never really been a free-scoring type and has spent much of his career outside of Germany’s top-flight, only managing to hit double figures twice in a season – this one and the last one.

Despite only beginning to find some real form over the past two seasons, the former Germany Under-21 forward is seen by both Swansea and West Brom as someone who could have a huge impact on the Premier League, and someone who can fire them towards their respective goals over the coming seasons.