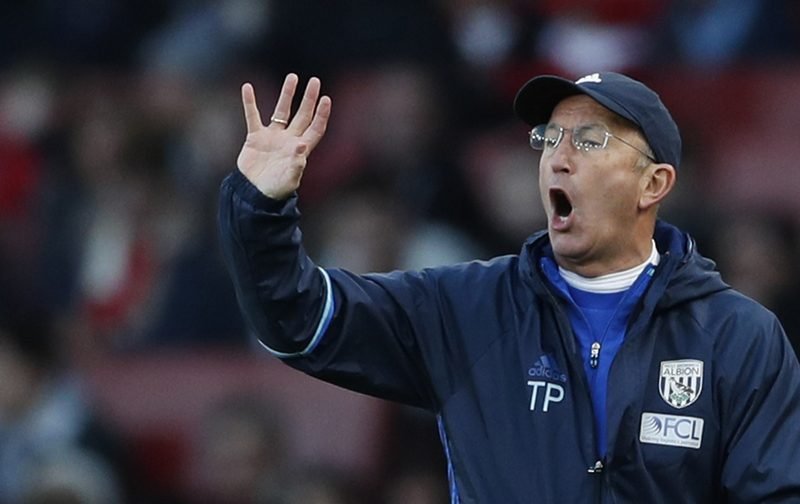 John Williams, the West Bromwich Albion chairman, believes his side will need to achieve a record points tally if they’re to maintain their top eight position this season according to reports in the Birmingham Mail.

West Brom are currently on 40 points, nine points away from their record Premier League haul, achieved under Steve Clarke in 2013.

With nine games left to play there’s every chance the Baggies can beat that record but Williams says it may take a few points more to see the club stay in eighth place by the end of the season.

“I think if we’re going to maintain eighth position we need to be 54 or 55, we’ll certainly need a five on the front to be in the top 10 in my opinion.”

West Brom have been in fine form this season but were on the wrong end of a shock 2-0 defeat at home to relegation strugglers Crystal Palace last week, a result that will have disappointed Tony Pulis, especially coming against his old club.

Another of Pulis’ old clubs Stoke City are currently five points behind West Brom and the manager will be keen to make sure he finishes above Mark Hughes’s men at the end of the season.