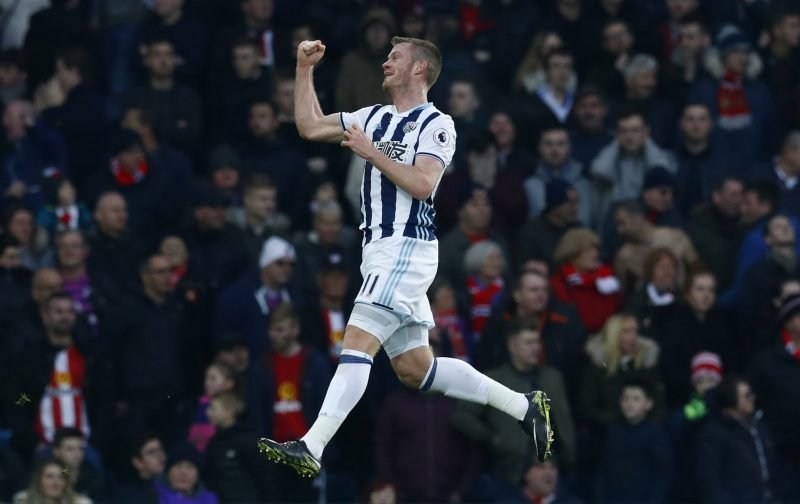 West Bromwich Albion have rewarded long-serving midfielder Chris Brunt with a contract extension until 2018 the club have confirmed.

The former Sheffield Wednesday star and Northern Ireland international has put pen to paper on a new deal which also has an option to be extended a further year depending on appearances.

Brunt has played a major part in West Brom’s success this season, featuring 17 times and scoring three goals as the Baggies have marched to the relative dizzy heights of eighth in the table, above the likes of West Ham, champions Leicester City and manager Tony Pulis’s former club Stoke City.

Pulis said: “Chris has been a stalwart of this football club for a long time and he is a valued and popular member of the squad.

“It’s great that he has extended his contract and he has shown great character to return from his injury in the manner he has.

“His form has been terrific since returning to the team and long may that continue.”

West Brom have a huge game away at West Ham this weekend where a win would not only put some distance between themselves and Slaven Bilic’s side who are currently in ninth place, but could also close the gap on seventh placed Everton.

It could be yet another game for the Baggies where Brunt proves his worth just as he has done for the past ten years helping the club become an established Premier League side, currently enjoying some of their best ever form thanks the manager, some new signings and their established star.