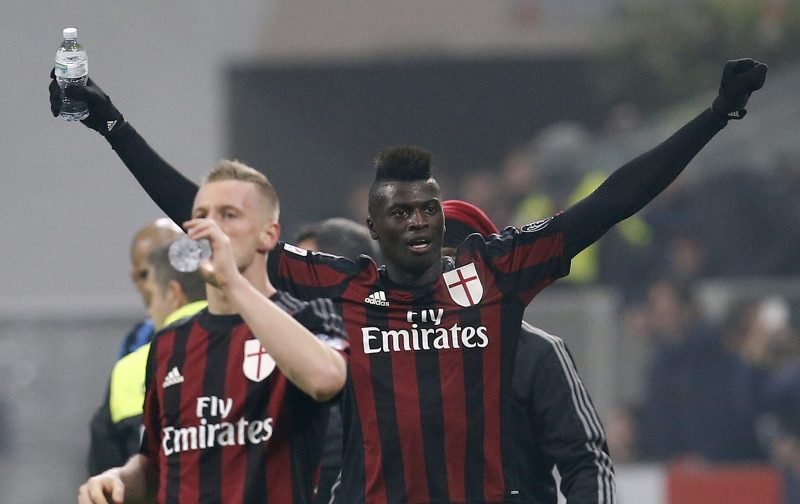 According to a report in The Sun the 22-year-old is on his way to England after being left out of the AC Milan squad to face Juventus in the Coppa Italia.

Both London clubs have been keeping an eye on Niang who spent some time as a trialist with Arsenal before joining AC Milan as an 18-year-old.

Niang has failed to deliver in front of goal at the San Siro with Milan ready to sell the striker rather than try to compete with the salaries on offer in England.

Milan are hoping to kick off an auction for the striker but may have to settle for a loan fee with clubs unsure over Niang’s value.

This season he has scored three times from 13 starts and five substitute appearances with Milan believing that they can get a better return for their money from elsewhere.