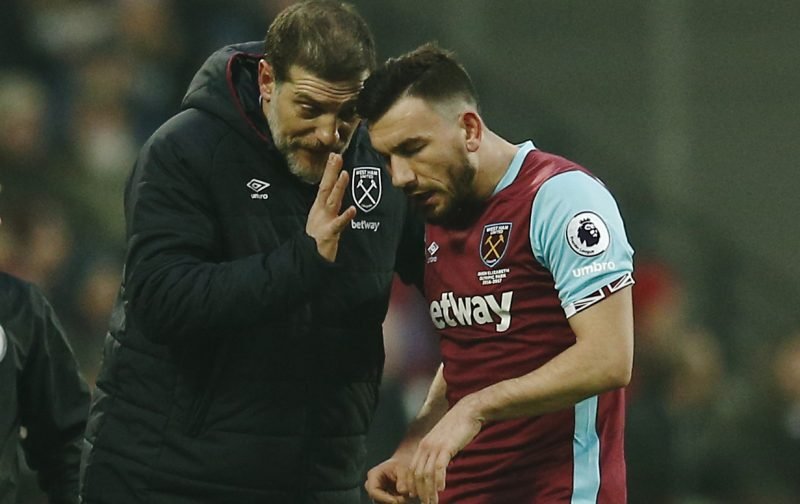 Robert Snodgrass may have come under fire from some fans and pundits early on in his West Ham United career, but his manager Slaven Bilic has leapt to the defence of the winger, reports the Hull Mail.

The former Tigers winger joined the Hammers for £10 million during the January transfer window, a move many saw as a huge step towards pushing Marco Silva’s side closer to relegation, as they allowed their star player to join a rival club languishing near the bottom of the table at the time.

While West Ham’s form has been much-improved over the past few months, Snodgrass has struggled to make the impact many expected, which is why Bilic decided to defend his new signing.

Bilic said: ‘Sometimes it’s very common for new players when they join. They make a great impact first and they have a little dip but he has done really good for us.

‘He is a great professional. Statistically he and [Michail] Antonio are the best runners with intensity, I am happy with him.

‘Versus Chelsea, he was excellent – he was the one causing them a lot of problems. He was one of our best players.”

The Scottish international came in for particular criticism after the 2-0 defeat against Chelsea on a night when very few West Ham players covered themselves in glory.

It may well be that the former Leeds United man is becoming something of a scapegoat when his side don’t perform as well as they should.

Nonetheless, Snodgrass will hope for an upturn in form when the Hammers visit struggling Bournemouth on Saturday (3pm kick-off).