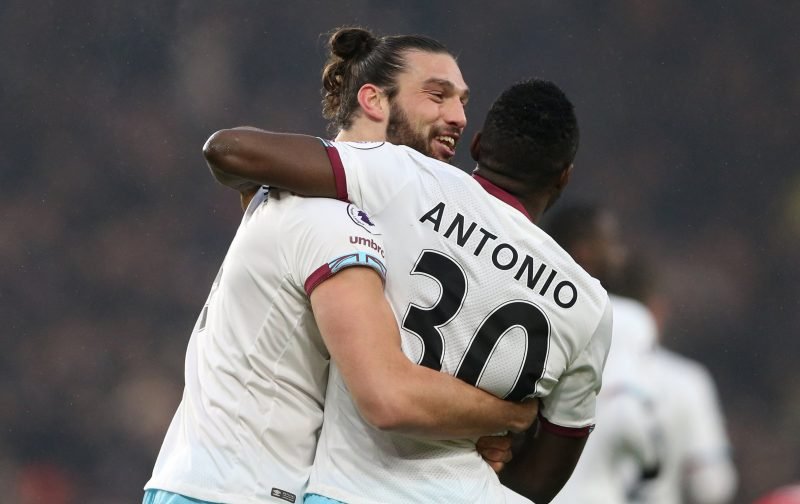 West Ham’s Michail Antonio has earned a recall to Gareth Southgate’s England squad for the upcoming games against Germany and Lithuania, but striker Andy Carroll has missed out on selection.

26-year-old Antonio has scored nine goals and laid on three assists for Slaven Bilic’s men this season, and netted the opener in their 3-2 defeat at Bournemouth last weekend.

The former Reading and Nottingham Forest forward returns to the squad after missing out on selection for their games against Scotland and Spain in November, although he’ll be hoping that he can finally make his debut for the Three Lions having missed out last time round.

However, there is no place in the 26-man squad for in-form striker Andy Carroll, who has scored six goals for the Hammers since returning from injury back in December.

Nonetheless, several West Ham fans took to Twitter immediately after the announcement to express their delight at seeing Antonio earn a deserved recall…

Great news that Michail Antonio has earned a recall to the England squad. pic.twitter.com/AU9xJPwOOL

Antonio back in the England squad, thoroughly deserved just hope he gets a chance this time

Also glad Antonio is in the England squad again. Hopefully he makes his debut this time

Bit surprised Antonio has been called up if i'm honest.

And some West Ham fans had their say on Carroll’s exclusion, with some thrilled given that at least he won’t get injured on international duty, but also slightly disappointed to see the in-form forward miss out…

People saying they're not happy that Andy Carroll isn't in the England squad. Personally, I'm delighted. No worry of an injury.

I've always said Andy Carroll should be in the England squad. Gives us another option.