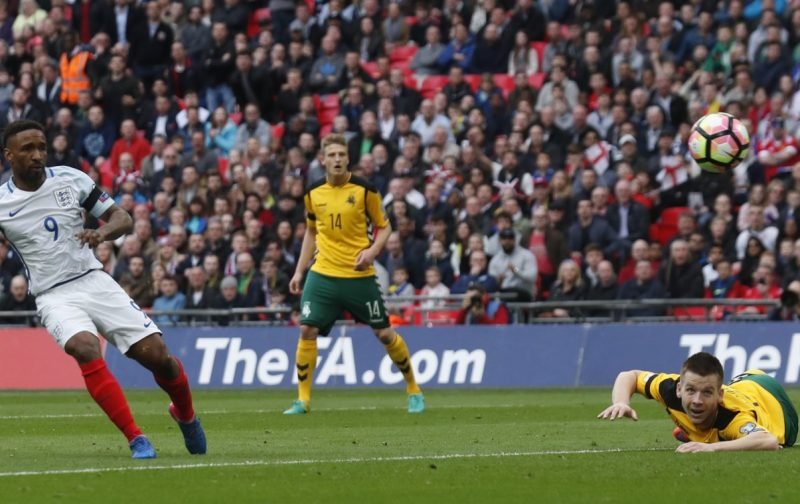 In a fairly mediocre win over a small nation, that by rights should have been swept aside with ease, one of the main positives for Gareth Southgate during England’s 2-0 World Cup Qualifier win over Lithuania was the fact that the recalled Jermain Defoe managed to get on the scoresheet.

It, in many ways, not just vindicated the manager’s decision to include him, but also spare his blushes in what was Defoe’s first game for the Three Lions since 2013.

It saw him score with a typically clinical finish after an impressive performance that showed he still has a part to play under Southgate – a sentiment many Sunderland fans will testify as the striker has more or less single-handedly given them a chance of staying up.

However, it’s West Ham fans who’ve been making some of the biggest noises on social media though, as the Hammers tried to sign their former star in January and could be set to return with another bid in the summer.

And, given that the 34-year-old scored the opener at Wembley on Sunday, several West Ham fans reacted in a similar way on Twitter…

We MUST get Defoe in summer. Offer him a 2 year deal on silly money to get him signed up, total class & ageless! We need him. Goals! #whufc

Defoe infront of goal for any team would be so ruthless ans bag plenty of goals. What a player.

Defoe scores goals. Fact. Him on a free in the summer would be unreal business. #whufc

Jermain Defoe. Definitely would have him back. Looks after himself and has matured as a man massively. Still a deadly striker at Whufc level