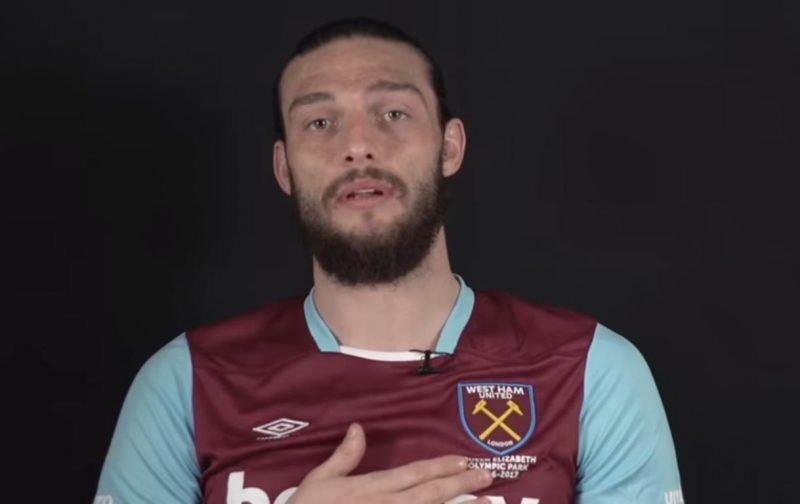 Slaven Bilic has vowed to stand by injury-plagued striker Andy Carroll after revealing the 28 year-old will miss this weekend’s clash against his old club Liverpool.

It’s not been an easy campaign for the former Newcastle striker who’s made the starting XI just 15 times during the campaign, struggling to get any consistency as the Hammers themselves have failed to rekindle their form from last season.

Bilic noted: “Andy is kind of a player that has such a big impact on our game that we won’t we give up on him.”

West Ham host Jurgen Klopp’s team on Sunday afternoon and go into the game on the back of a five match unbeaten run, after having lost the previous five games.

It’s also been a good defensive run at home for Bilic’s side as they’ve kept three consecutive clean sheets at the London Stadium although with a tally of 19 league goals at home is their lowest for almost 30 years.

West Ham have needed Carroll more than ever but his injuries have scuppered both his and his side’s chances of pushing for a place in Europe.

Fans have been giving their reaction on social media to the striker’s latest injury blow:

Andy Carroll will be back from injury soon = Yes sir, your curry is on its way and will be with you in 10 mins

@DaveSulley Can you jog @AndyTCarroll on now please? Beyond the joke.