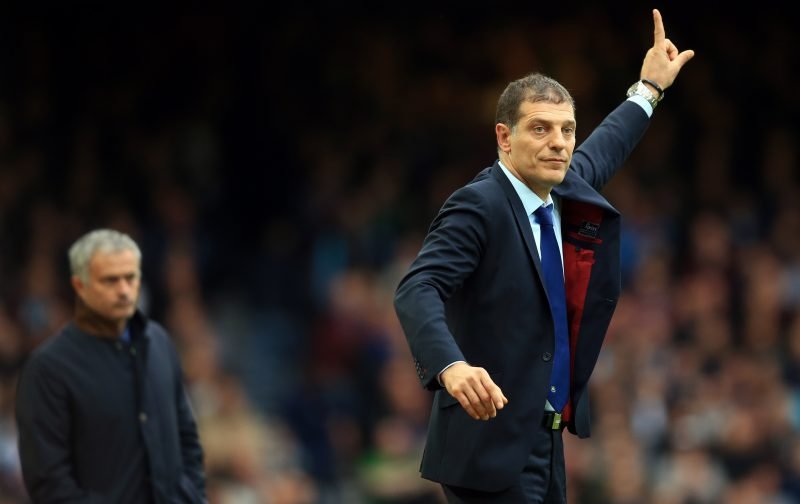 Slaven Bilic seems to be like marmite to a lot of West Ham United fans  as results during the season have been patchy at best and the side continued to leak goals.

With the campaign now over and the Hammers finishing a ‘respectable’ eleventh or a ‘disappointing’ one depending on your point of view the time has come for fans to reflect on how they feel the manager has performed and whether he’s the right man to take the club forward in the next campaign.

The departure of last season’s star player Dimitri Payet, after going on strike earlier in the season, seemed to go some way to derailing the Hammers entire campaign while Bilic has had to contend with an injury list that would make the cast of Holby City blush.

The question is does the Payet saga excuse finishing in the bottom half of the table? Even if it is only just in the bottom half. Some West Ham fans point to the previous season and how Bilic proved he could manage the side to great things as proof he deserves more time while others question whether Payet carried an average side and manager beyond their capabilities.

West Ham fans have been discussing an debating Bilic, Payet, the injury list, the stadium move and all things related to the Hammers’ season ever since the final whistle blew at their side’s 2-1 win at Turf Moor on Sunday.

If any team had their best player go on strike, move into a new ground and had this injury list. They would’ve gone down. Bilic is the man pic.twitter.com/pyOOQIN9ZT

@westhamtransfer So you’re just gonna blame injuries on the amount of goals we’ve conceded and points thrown away from winning positions? Good logic.

@Pearcey_ @westhamtransfer How can you not blame injuries? It’s had a massive impact on our team

@westhamtransfer absolutely spot on…..too many of our “fans” seem to have forgotten all of this

If bilic stays we struggle next season

Coming 11th after the stadium move, payet saga and the injuries is not bad if you ask me. Slaven Bilic deserves to stay, super slav