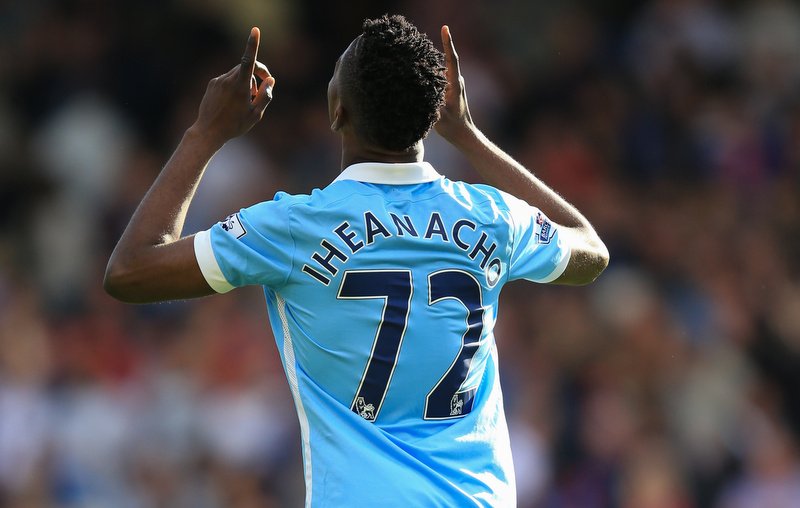 Manchester City striker Kelechi Iheanacho has been linked with a move to West Ham United according to the latest reports from Sky Sports.

The young striker is believed to have come onto Slaven Bilic’s radar after struggling to find game time at the Etihad as Pep Guardiola moved him down the pecking order.

The arrival of Gabriel Jesus means Iheanacho is now City’s third choice striker at best with even that far from guaranteed as the likes of Raheem Sterling,  Nolito and Leroy Sane are able to drift inside and operate almost as deep lying centre forwards at times when Guardiola shuffles his pack.

Aged just 20 it’s doubtful City would be willing to give up on the Nigerian international just yet and there’s always the possibility that a loan move may be an option next season if Guardiola wants to see just how ready for first team football the youngster really is.

West Ham certainly need to increase their attacking options as they’ve struggled for goals this season and haven’t really replaced the impact Dimitri Payet had on the team since his departure early in the season.

Fans on social media have been giving their reaction to the latest player linked with a move to London Stadium.

@SkyKaveh Watch us bid £3.75m with payments spread over 25yrs but not before having him on loan for 2yrs to make sure he can play the game

@SkyKaveh Would be our smartest buy if we pulled this off,can only see City willing to loan

Iheanacho would be a fantastic signing. 20 years old, prolific, pacey and can score goals. Get it done @WestHamUtd.