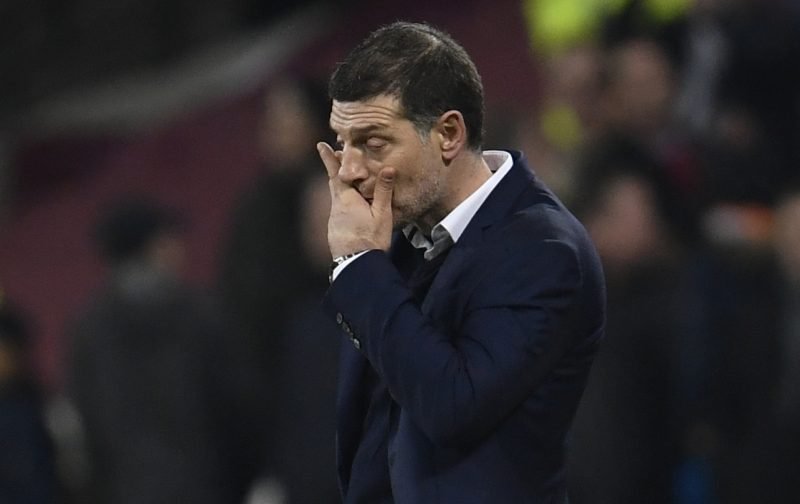 If ever a side needed an easy game then on paper a trip to the Stadium of Light should have been perfect for West Ham United but in the end it piled more pressure on Slaven Bilic as Sunderland came from behind to grab a late leveler.

Sunderland hadn’t scored in over 11 hours of football and with West Ham going into the game on the back of a win which had stopped a run of five straight losses and were looking to build on that but it wasn’t to be as Fabio Borini’s late strike gave the home side a share of the spoils.

Andre Ayew and Sam Byram bagged for the Hammers but it wasn’t enough to give them all three points and the draw has added more pressure on to Bilic whose days seem to be  numbered.

West Ham fans took to social media to vent their anger at the manager:

Bilic being so tactically stubborn has to make you question whether it is time for him to go. Allardyce was the same and got 10x more stick.

@ExWHUemployee When will the #Bilic love in stop? Complete liability.

The fact Bilic was screaming at the ref to blow up for full time, 2 all at Sunderland, says it all for me.

I’m still Bilic in! Who’s with me?

GET BILIC OUT OF MY FOOTBALL CLUB HE IS CLUELESS