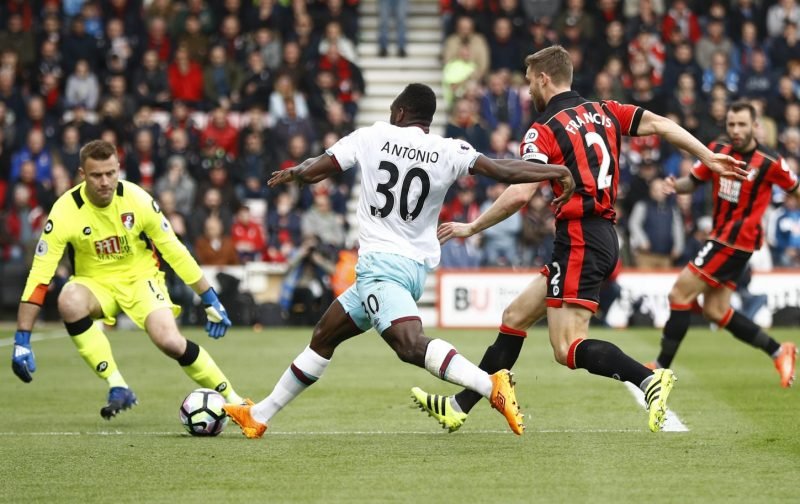 West Ham have suffered a huge blow in their bid for Premier League survival as forward Michail Antonio has been ruled out for the rest of the season through injury, as confirmed by manager Slaven Bilic this morning.

The 27-year-old has scored nine goals and laid on three assists in 29 Premier League starts for the Hammers this term, including five in his first four games of the new season.

The Englishman, who has earned two call-ups to the England squad over the last nine months or so (albeit has yet to make his debut), is West Ham’s top goal-scorer this season, but won’t get the chance to add to his tally between now and May, which will be off serious frustration for Hammers fans in their side’s quest to avoid relegation this term.

Bilic said in his post-Sunderland press conference: ‘Antonio is out for the season, it is a significant injury.

‘Antonio is one of our best players and it is a big blow that he is gone.’

This will come as a huge blow to the East London outfit ahead of their crucial clash with basement side Sunderland at the Stadium of Light on Saturday (3pm kick-off).

Bilic’s men got back to winning ways last weekend with a hard-fought 1-0 victory over Swansea at the London Stadium, and know that a win over David Moyes’ struggling Black Cats could take them 11 points clear of the bottom three with just five games of the season remaining.

However, they will have to secure their Premier League survival without top-scorer Antonio.