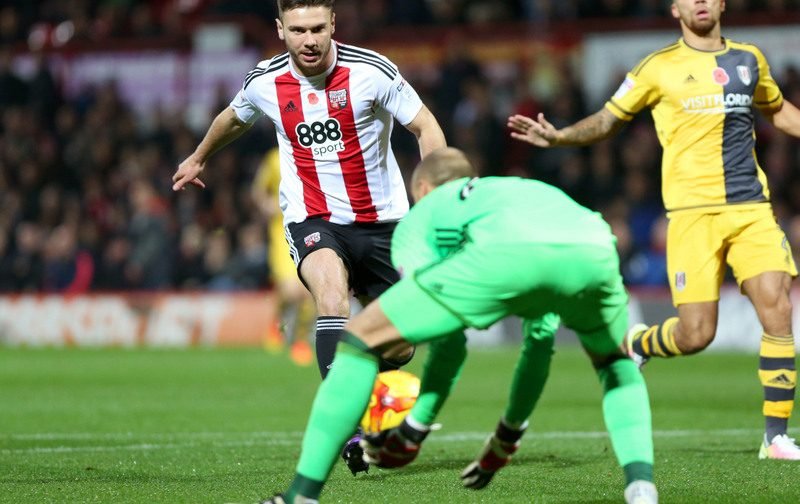 West Ham United have reportedly added Scott Hogan to their alternative wishlist during this month’s transfer window, according to the Telegraph.

The Premier League side, who lost 1-0 to the hands of defending top-flight champions Leicester City on Saturday afternoon, are understood to be monitoring Brentford’s star striker if they fail to sign first-choice target Jermain Defoe from Sunderland in January.

The 24-year-old, who has played for the likes of Ashton United, Halifax Town, Hyde and Rochdale during previous spells, has impressively scored 13 goals and provided one assist in 24 appearances in all competitions for the Championship outfit so far this season.

Hogan; who also used to feature for Stocksbridge Park Steels, another former club for England international and Leicester forward Jamie Vardy, has already been the subject of a £7m bid from Reading – which was turned down.

The report suggests that The Bees are demanding £10m for his services, having netted 20 times in just 33 games for Brentford since arriving at Griffin Park back in July 2014.