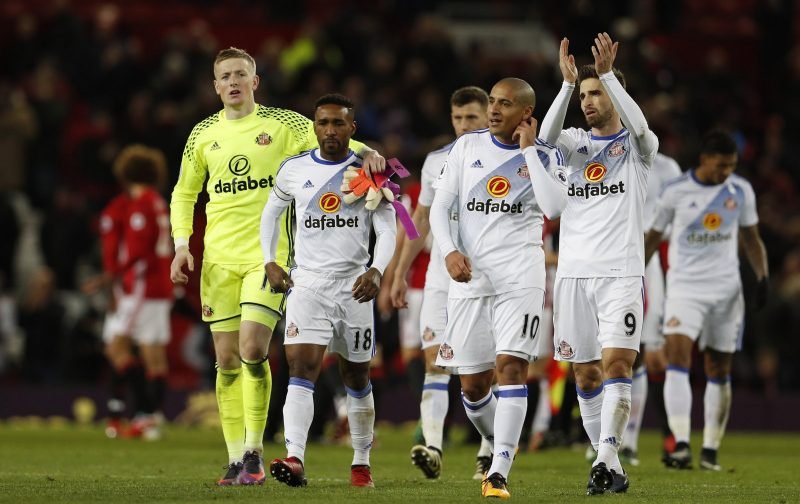 West Ham are lining up a double swoop for Sunderland’s Jermain Defoe and Jordan Pickford this summer, according to The Daily Express.

Slaven Bilic’s men have struggled to replicate their stunning seventh place finish last time out, with the Hammers currently 12th in the Premier League and only having secured their top-flight status after beating Tottenham 1-0 at the London Stadium on Friday night.

And with their place in the top tier confirmed for next term, attentions are turning to who they can bring in to try and take the club higher up the table and perhaps challenge for the European spots, and it’s the North East and Sunderland where they are reportedly targeting.

The Black Cats will be playing in the Championship next season after a woeful campaign, yet striker Defoe and goalkeeper Pickford have been arguably their two star performers this season, and thus look set to leave the Stadium of Light this summer.

Interest is rife in England Under-21 international Pickford, with the likes of Arsenal, Everton, and Manchester City reportedly keeping tabs on his progress, while Defoe has bagged 15 Premier League goals this term, and could certainly do a job for a top-flight side.

Bilic and the West Ham hierarchy will be hoping for better things next term after an indifferent debut season at the London Stadium, and with the goalkeeping situation far from clear, and with the club struggling for goals for much of this campaign, the Sunderland duo would certainly bolster the manager’s options ahead of next season.