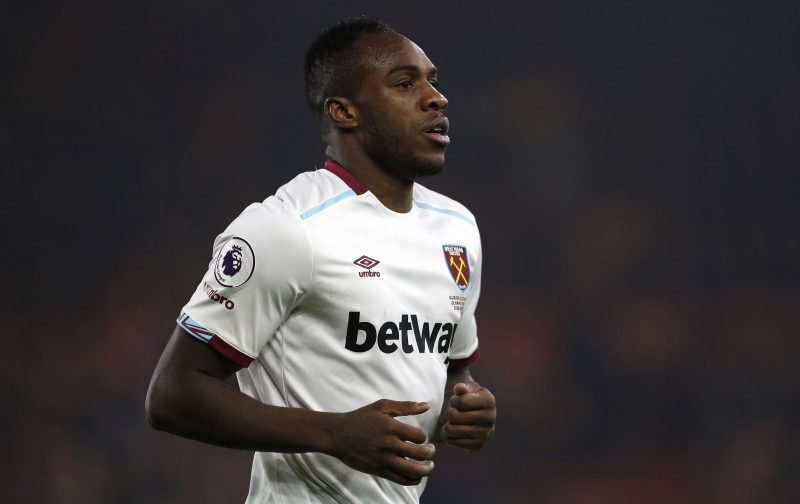 Michail Antonio looks set to be offered a new contract at West Ham United as Slaven Bilic moves to ensure one of the Hammer’s best players this season isn’t allowed to leave this summer according to the latest reports in the Daily Mail.

After seeing Dimitri Payet depart in January, the Hammers are keen to tie down Antonio who is enjoying a hugely productive season.

Despite being a winger Antonio has proved his versatility at London Stadium by filling in as a striker in the absence of Andy Carroll and the 26 year-old look set to see his wages doubled under a new deal.

Antonio is reportedly on £35,000 a week and be offered a contract that sees his wages rise up to £70,000 a week as the Hammers move to prevent the winger from joining Chelsea who are believed to be interested in the England international.

West Ham won’t be able to rely on Antonio for the game against Chelsea on Monday night as he’s banned due to a booking he collected against Watford in his last match.