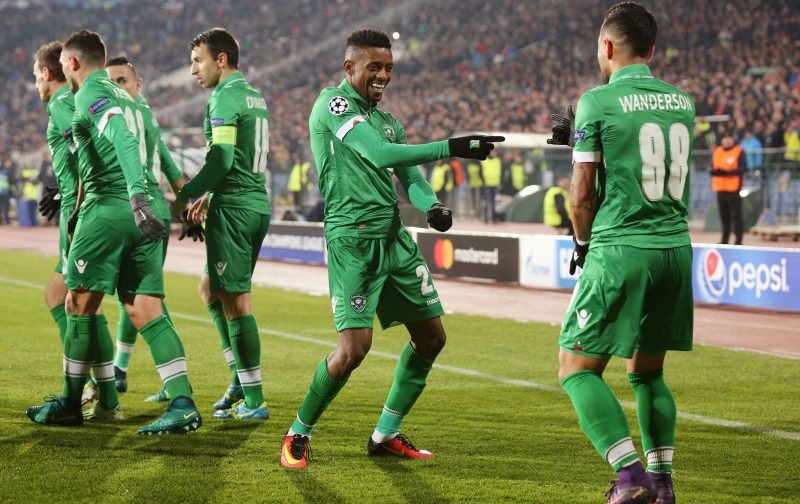 West Ham are one of three English clubs thought to be keeping tabs on Ludogorets striker Jonathan Cafu, according to Sport Witness.

The 25-year-old forward has been in impressive form for the Bulgarian champions this term, netting 14 goals and laying on nine assists in 39 appearances in all competitions, including scoring in their Champions League campaign against FC Basel and Arsenal.

And after scoring seven times in his debut season at the club last time out, Cafu appears to have adapted well to European football, and as a result is attracting interest from several sides in England.

It is thought that Chris Hughton’s Brighton, who were promoted to the Premier League on Easter Monday after a 34-year absence from the top tier, are monitoring Cafu’s situation in Bulgaria, while Sport Witness report that top-flight champions Leicester and Slaven Bilic’s West Ham are looking to speak the 25-year-old in the near future.

It has also been reported that the Brazilian striker has a €12 million release clause in his contract, a figure unlikely to deter the aforementioned three sides, and with there believed to be interest from around Europe as well, any side hoping to land Cafu will need to act fast in the summer window.

Brighton will be looking to strengthen ahead of their first ever Premier League campaign, while both Leicester and West Ham will be searching for signings that can take them into the top half after frustrating seasons this time around.