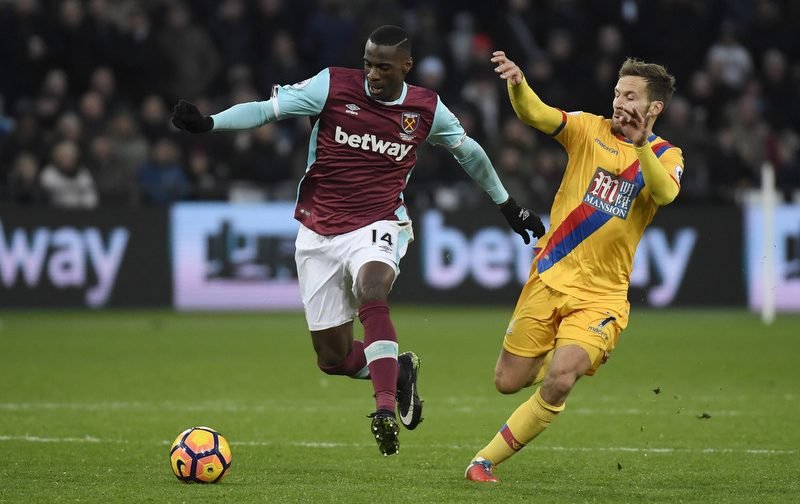 Spanish midfielder Pedro Obiang will be offered a new deal by West Ham United this summer to fend off interest from Liverpool, report Sky Sports.

The Hammers signed Obiang from Sampdoria two years ago on a four-year deal and are ready to extend that contract as Liverpool continue to be linked with a bid in the region of £18m.

Obiang has enjoyed an impressive campaign as West Ham have put early season inconsistency behind them and are managing a mid-table position in the top-flight.

Last night saw West Ham lose 2-1 at home to Chelsea as the visitors took another step closer to the title, despite the best efforts of Obiang and his team-mates, a result that leaves The Hammers in thirteenth spot.

Obiang, 24, has become a regular starter this season, which has caught the eye of Reds boss Jurgen Klopp,  following an indifferent campaign last season which saw him in and out of Slaven Bilic’s side and the manager is keen to make sure the midfielder stays at London Stadium.