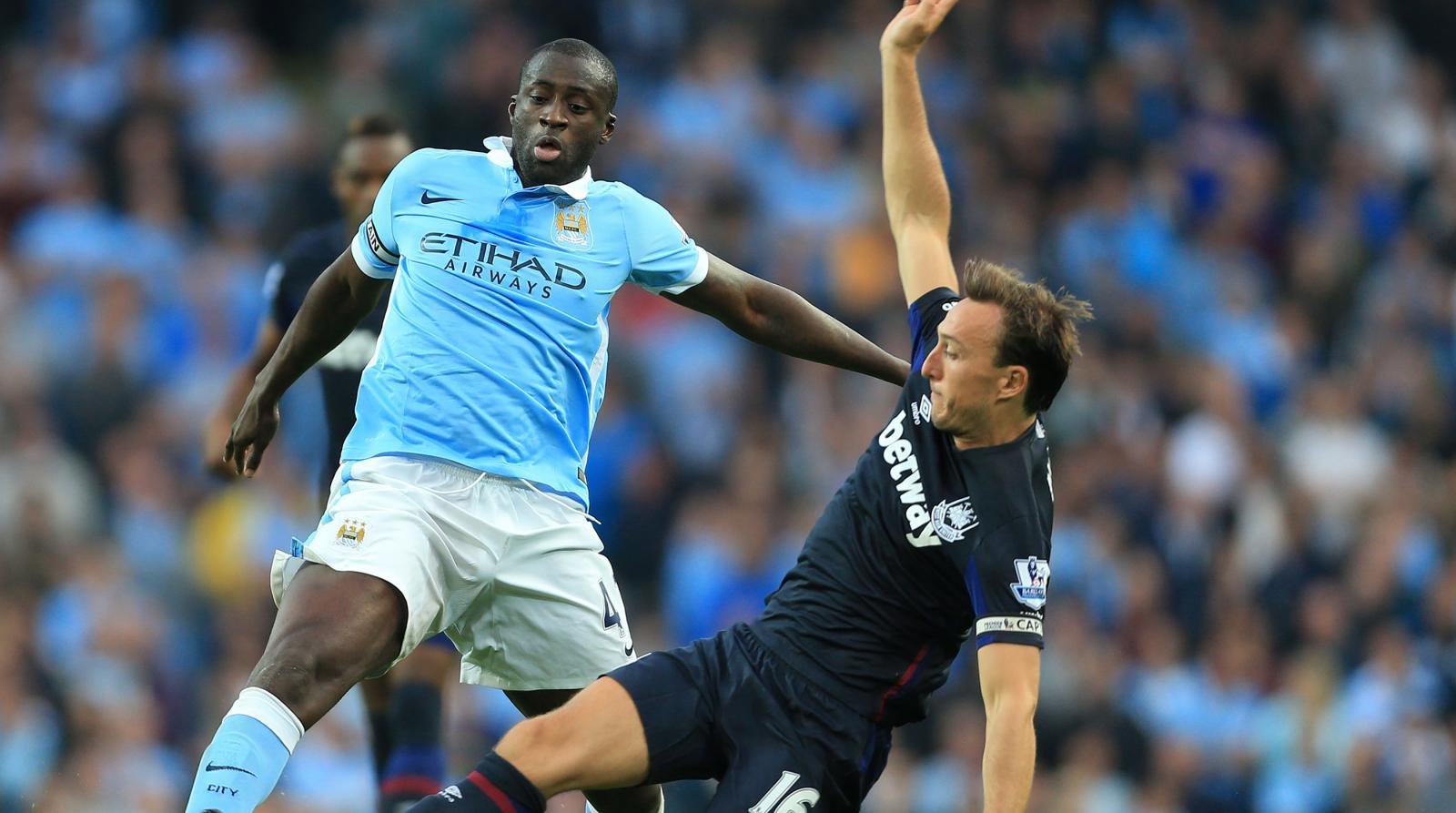 Manchester City travel to Upton Park to take on sixth-placed West Ham United, knowing a win could see them go to the top of the Premier League.

The Citizens moved to within a point of Arsenal and Leicester City after a 4-0 win over Crystal Palace last weekend, and with Sergio Aguero back to his best, with five goals in his last five appearances, they’ll be confident that they can now go on to lift their third title in five seasons in May.

However, Manuel Pellegrini’s side will have to improve on the road, having won just three of their 10 away league matches this term.

The Chilean boss will also be wary of a Hammers side who are looking to complete their first double over City since the 1962-63 season, following a shock 2-1 win at the Etihad in September.

Slaven Bilic’s impressive outfit are just two points behind fifth-placed Manchester United and are well in the hunt for European football, but the Croat will have to pick them up after their eight-match unbeaten run came to an end at Newcastle last week.

The East London side, who are unbeaten at home since August, have won two of the previous three meetings between the two but failed to secure a victory in any of the 10 before that.

Team News:
Bilic has new signing Sam Byram available after snapping up the 22-year-old from Leeds United earlier this week.

Fellow full-back Joey O’Brien is also up for selection after recovering from injury, but James Collins is a doubt.

The visitors have Fernandinho back in the squad after injury, but Aleksandar Kolarov, Wilfried Bony, Eliaquim Mangala and Vincent Kompany are all out.