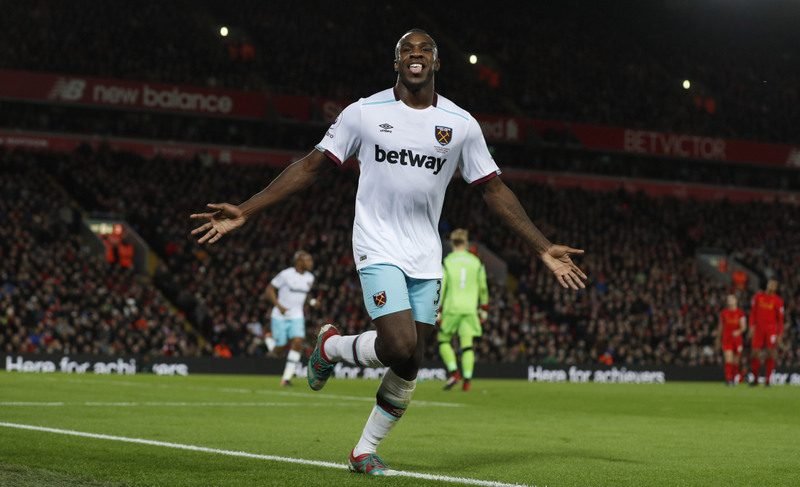 West Ham United star Michail Antonio has revealed that AFC Wimbledon turned down the chance to sign him as a teenager after refusing to meet the £7 signing on fee.

The 26-year-old, who was called up to the England senior squad for the first time last August, has scored eight goals and provided five assists in 33 appearances in all competitions for The Hammers so far this season.

Antonio, who joined West Ham from Nottingham Forest back in September 2015 following his reported £7m switch from Championship outfit Nottingham Forest, told BBC Radio 5 Live that his journey to the top-flight could have been very different after The Wombles snubbed signing him as a youngster.

Antonio eventually rose through the ranks after joining Reading in 2008, before spells at Cheltenham Town (loan), Southampton (loan), Colchester United (loan), Sheffield Wednesday and Forest followed, leading up to his transfer to West Ham.

He has since netted 17 times in 65 games overall for Slaven Bilic’s side.