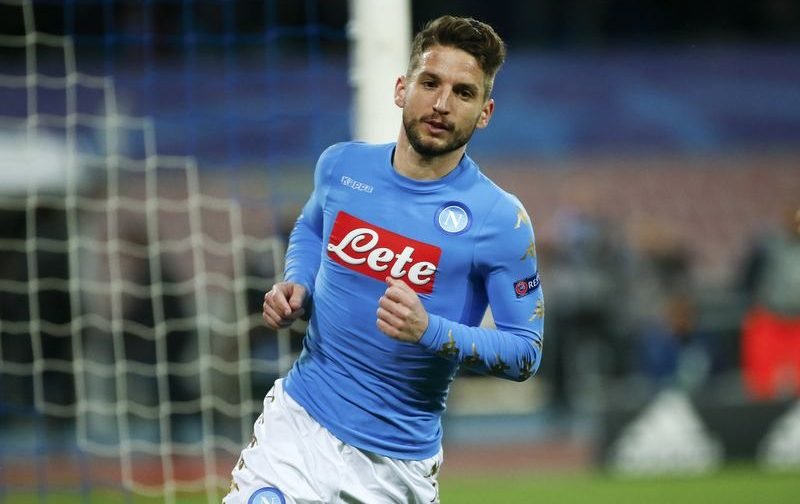 West Ham have emerged as surprise contenders for the signing of Dries Mertens.

According to a report in The Express, Napoli have received, and rejected, an offer from West Ham for their Belgian striker.

Mertens is out of contract with Napoli next summer and has been heavily linked with a move to Manchester United.

The 29-year-old can get among the goals from any forward position with Jose Mourinho taking a close interest in his contract stalemate.

While West Ham can’t offer the glamour of Old Trafford the London factor and playing to regular crowds of 50,000 in the capital will be part of their pitch to sign up the Belgian internationalist.

Slaven Bilic is under pressure to change his side’s style of football to a more traditional West Ham way with Mertens fitting into that profile while offering the goal threat that has hampered the club since Dimitri Payet got unhappy with life in London.