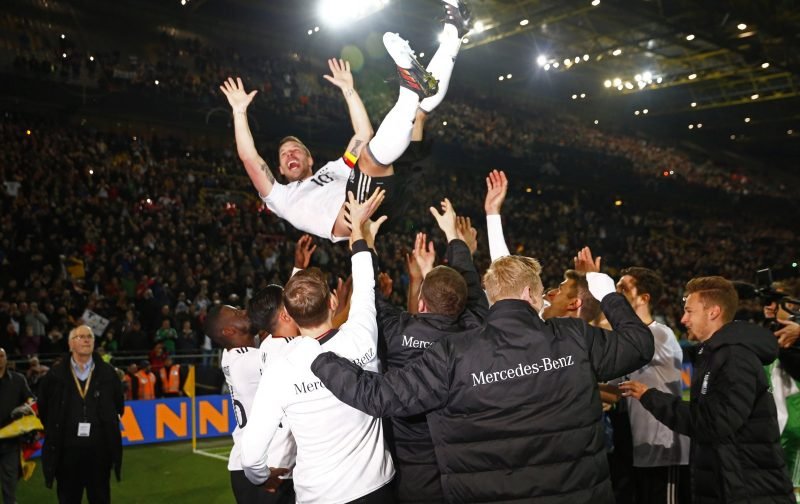 Gareth Southgate’s first game in permanent charge of England ended in a 1-0 defeat to world champions Germany in Dortmund on Wednesday night.

The 46-year-old took over from Sam Allardyce as caretaker boss back in September, and led the Three Lions to two wins and two draws in his four games in interim charge before securing the job on a permanent basis in November.

However, his first game ended in defeat as a Lukas Podolski strike 21 minutes from time secured Joachim Low’s men the win on Wednesday night, in what was the 31-year-old’s final game for his country after announcing his retirement after Euro 2016.

The former Bayern Munich and Arsenal man was given a standing ovation when he left the field six minutes from time, and no wonder, not just for his services to German football over the last 13 years, but his goal was sensational, firing a 25-yard stunner past the helpless Joe Hart to down Southgate’s England.

The Three Lions produced an encouraging display, with Adam Lallana and Dele Alli impressive, although both were guilty of missing golden chances in the first half, with Lallana hitting the post when through on goal, while Alli was well denied by Marc-Andre ter Stegen.

In what was an exciting clash on Wednesday, here is What’s Hot and What’s Not as Germany overcame England in Dortmund…