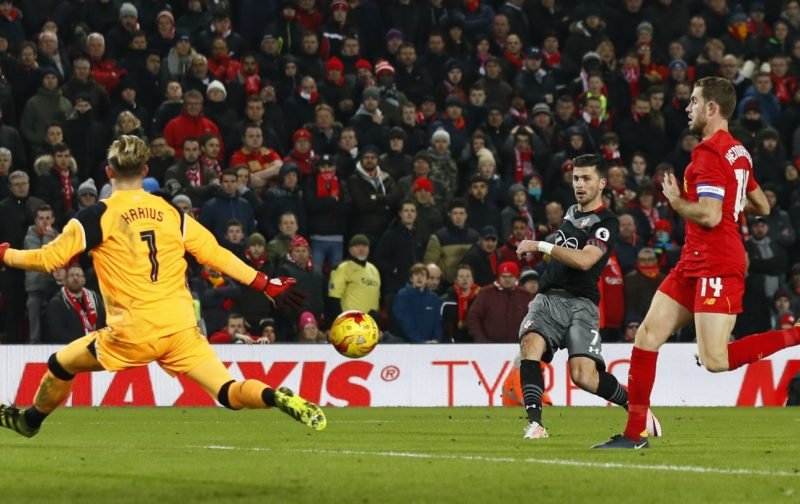 Southampton have booked their place at Wembley for the final of the EFL Cup in a month’s time after an historic 1-0 win at Anfield on Wednesday night gave Claude Puel’s side a 2-0 aggregate win.

The Saints were under the cosh for the majority of both legs but two breakaway goals from Nathan Redmond and Shane Long in the first and second legs, respectively, coupled with remarkable defensive work, was enough to see them through to the final.

The southerners become the first side to reach the final of the League Cup having not conceded a single goal, and did so exclusively against Premier League opposition, having got past Crystal Palace, Sunderland, Arsenal and now Liverpool to set up a Wembley clash with either Manchester United or Hull City.

Whilst Jurgen Klopp’s side dominated possession wise throughout both legs of the semi-final, the lack of Sadio Mane, who remains away on international duty with Senegal, was evident as the Reds looked lacklustre when parked on the edge of the Southampton box, often failing to find a way through.

With Shane Long’s injury time goal at Anfield securing the Saints their first shot at a major trophy since the FA Cup final in 2003, it’s time to take a look at what’s hot and what’s not from Wednesday night’s semi-final…