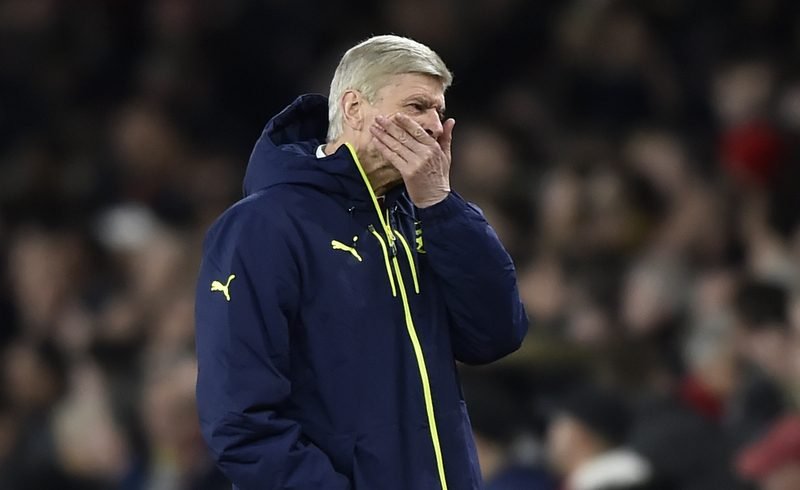 Chelsea continued their march towards the Premier League title this weekend after beating Stoke City 2-1 at the bet365 Stadium.

Antonio Conte’s men secured a hard-fought three points thanks to goals from Willian and Gary Cahill, with the latter atoning for his earlier foul on Jon Walters which led to the Irishman equalising from the penalty spot.

Tottenham remain the Blues’ nearest challengers after recording a tenth straight home league win with victory over Southampton on Sunday, with goals from Dele Alli and Christian Eriksen secured Mauricio Pochettino’s men a 17th win of the campaign.

Manchester City and Liverpool remain third and fourth respectively after playing out a highly entertaining 1-1 draw at the Etihad Stadium on Sunday, which means that Jurgen Klopp’s Reds are only four points clear of Manchester United in fifth after the Red Devils beat Middlesbrough earlier in the day.

Jose Mourinho’s men replace Arsenal in fifth after the Gunners went down 3-1 at West Brom on Saturday, further questioning Arsene Wenger’s future at the club, and they are now level on points with Everton after Ronald Koeman’s men thrashed relegation-threatened Hull 4-0 at Goodison Park.

At the bottom, Sunderland were unable to get the better of Burnley at the Stadium of Light, while Crystal Palace moved up to 16th after securing a third straight victory at the expense of Watford on Saturday.

Champions Leicester continued their resurgence with a 3-2 win at West Ham, while Eddie Howe’s Bournemouth sealed back-to-back victories for the first time this season after seeing off Swansea 2-0 at the Vitality Stadium.

So, in what was a frantic and enthralling weekend of Premier League football, here is What’s Hot and What’s Not from the last few days in England’s top-flight…