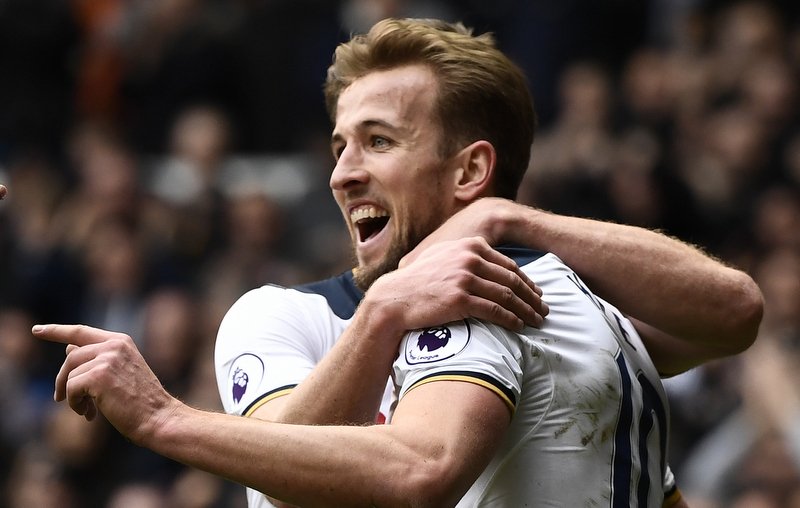 Harry Kane went top of the Premier League’s goal-scoring charts and helped Tottenham close the gap on Chelsea to seven points with a brace in their 3-2 win over Everton on Sunday.

The England international netted a hat-trick in his last league outing against Stoke, and followed that up with a stunning 25-yard strike to give Mauricio Pochettino’s men a deserved lead after 20 minutes against the Toffees.

The 23-year-old netted his 19th of the campaign 11 minutes into the second half when he coolly slotted under the onrushing Joel Robles, and a further strike from Dele Alli sealed the victory, despite Everton’s best efforts to come back through Romelu Lukaku and Enner Valencia.

Nonetheless, it was once again Kane who stole the show on Sunday, and the form striker in the Premier League again looks set to be the key in Spurs’ quest to reel in Chelsea, and indeed secure another top four finish.