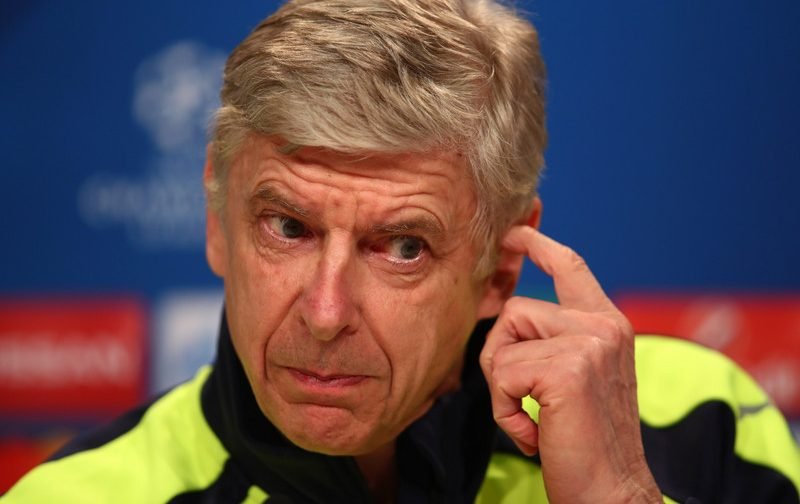 Arsenal crashed out of the Champions League at the last 16 stage for the seventh successive season after a 10-2 aggregate hammering by German champions Bayern Munich.

Arsene Wenger’s side were thumped 5-1 at the Allianz Arena in the first leg three weeks ago to leave them needing a miracle at the Emirates Stadium on Tuesday night to reach the quarter-finals, and they did take the lead through Theo Walcott’s 16th goal of the season.

However, following Laurent Koscielny’s red card eight minutes into the second half, the Gunners once again capitulated, with goals from Robert Lewandoswki, Arjen Robben, and Douglas Costa, as well as a brace from Arturo Vidal, condemning Wenger’s men to the heaviest defeat an English side has suffered in the competition.

Only Sporting Lisbon have suffered a heavier defeat in Europe’s elite competition (they lost 12-1 to Bayern back in 2009) than the Gunners, who looked on course to finally end their last 16 hoodoo when they won their group, beating French champions Paris Saint-Germain to top spot in Group A.

Yet, as soon as Wenger’s men were drawn to face Bayern, it looked like a seventh consecutive last 16 exit was on the horizon, and so it proved on Tuesday night.

Nonetheless, it hasn’t all been bad for the Gunners in Europe this term, so here is What’s Hot and What’s Not from their Champions League campaign…