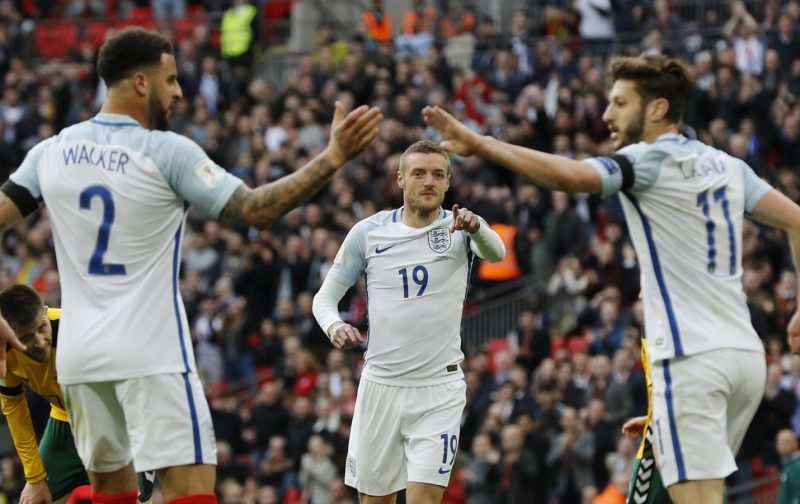 England took another step closer to qualifying for the 2018 World Cup after comfortably seeing off Lithuania 2-0 at Wembley on Sunday.

Gareth Southgate was taking charge of his first home game since becoming the permanent boss, and goals from strikers Jermain Defoe and Jamie Vardy secured a fourth win in five qualifying matches for the Three Lions.

It means that Southgate’s men are in complete control of Group F, given that they are already four points clear of second place Slovakia, and have just five games of the group stage remaining.

With trips to Scotland, Lithuania, and Malta to come, as well as home clashes against Slovakia and Slovenia, England should feel confident of securing the all-important top spot in the group, which would see them automatically qualify for Russia next year.

Southgate’s men also played Germany in a friendly over the international break, a game his side lost 1-0 thanks to a stunning strike from Lukas Podolski in Dortmund.

Nonetheless, it has been a decent week or so for England, so here is What’s Hot and What’s Not from the Three Lions’ international break…