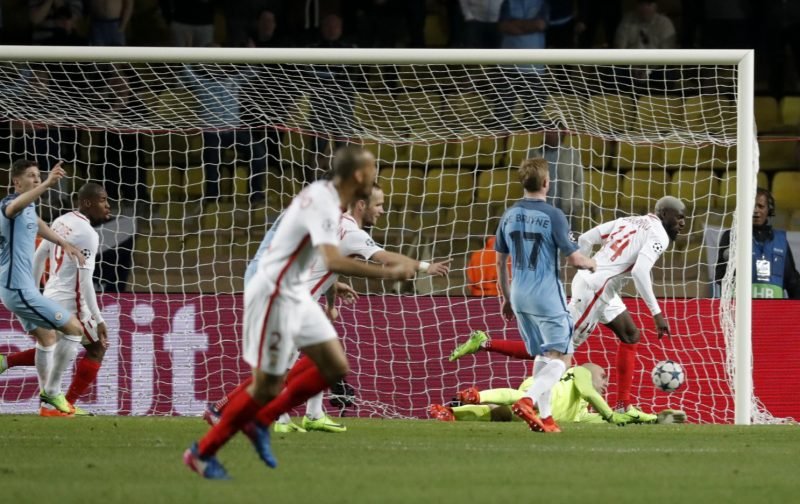 Manchester City exited the Champions League at the last 16 stage on Wednesday night after losing 3-1 to Monaco to go out on the away goals rule.

Pep Guardiola’s men took a 5-3 lead to the Stade Louis II after a wonderful attacking display at the Etihad Stadium three weeks ago, only for the Citizens to turn in a meek and lacklustre display in Monaco on Wednesday.

Goals from Kylian Mbappe and Fabinho wiped away City’s two-goal advantage before the break, and although Leroy Sane put the visitors 6-5 ahead on aggregate 19 minutes from time, Guardiola’s side conceded from a set piece just six minutes later when Tiemoue Bakayoko headed home Thomas Lemar’s free-kick.

It means that City have suffered last 16 heartache for the third time in the last four seasons, with a run to the semi-finals under Manuel Pellegrini last time out their only real success in the competition since returning to it in 2011.

Nonetheless, Guardiola’s men are out and will turn their attentions to securing a top four finish in the Premier League as well as winning the FA Cup, but this defeat and ultimate exit will frustrate the City boss, given that it is the earliest he has been knocked out of the Champions League in his managerial career.

With City, we thought we’d take a look back at their European adventure this term, so here is What’s Hot and What’s Not from their Champions League campaign…