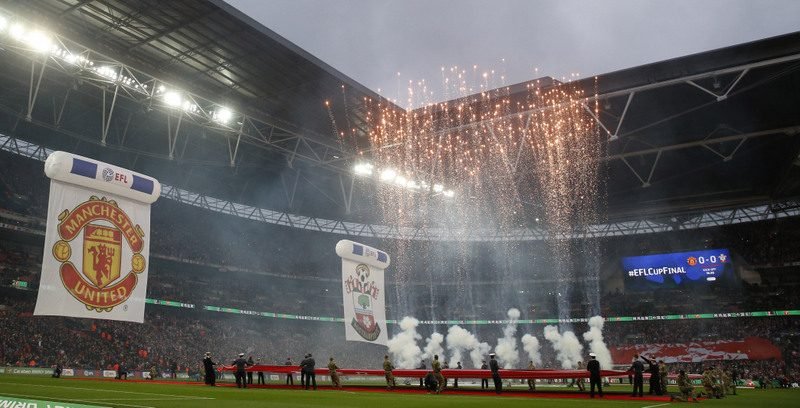 Manchester United lifted the first major piece of silverware of the 2016-17 campaign after snatching a late 3-2 win over Southampton in the EFL Cup final at Wembley Stadium on Sunday.

A brace from Zlatan Ibrahimovic, either side of Jesse Lingard’s tidy finish shortly before half-time, saw The Red Devils fend off a stylish Saints side who were inspired by Manolo Gabbiadini’s double.

But it was 35-year-old Ibrahimovic who snatched the trophy from Southampton’s grasp and sealed United’s fifth League Cup victory after heading home an 87th minute winner from Ander Herrera’s cross.

Jose Mourinho claimed his first major trophy with the Old Trafford outfit, although he did lead The Red Devils to FA Community Shield victory back in August at the national stadium.

So, following Sunday’s thrilling showdown at Wembley, here’s What’s Hot and What’s Not from the 2017 EFL Cup final…