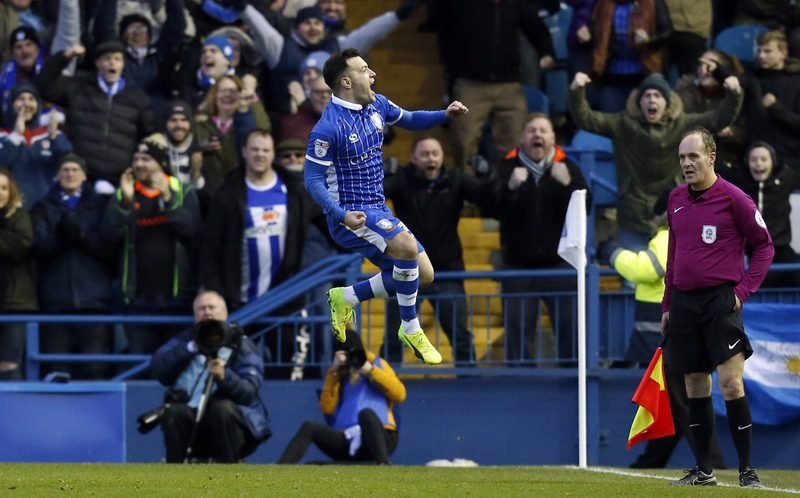 The English Football League returned for a full schedule following the FA Cup third round last weekend, with all three leagues providing plenty of action.

Each EFL fixture was marked with a minute’s applause for former England manager, Graham Taylor, who sadly died on Thursday, aged 72.

On Thursday, in the Championship, Jamie Mackie’s goal claimed all the points for Queens Park Rangers away at Reading. Leeds United went third after Chris Wood (Pictured below) downed Derby County at Elland Road on Friday.

Newcastle United climbed back to the summit of the second-tier on Saturday, courtesy of Darryl Murphy’s late header in a 2-1 triumph at Brentford. 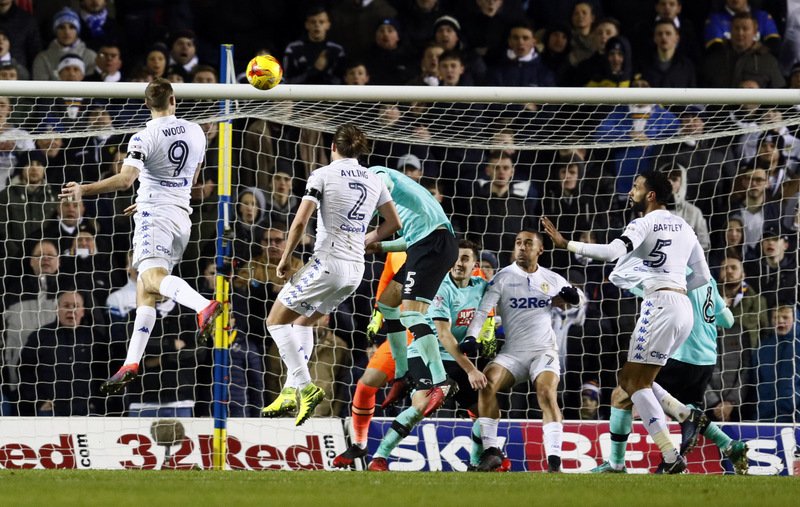 Sheffield Wednesday saw off Huddersfield Town 2-0 in an all Yorkshire encounter at Hillsborough, Chris Martin inspired Fulham to victory against Barnsley, and a Joe Mason goal edged Wolverhampton Wanderers past Aston Villa at Molineux in a Midlands derby.

In League One, leaders Sheffield United had a day to forget. The Blades were thumped 4-1 on their travels at Walsall.

United’s defeat meant second-place Scunthorpe United had the opportunity to close the gap, and they did, when Josh Morris’ curled effort into the top corner claimed maximum points in a 2-1 win at Northampton Town.

In League Two, James Coppinger’s brace helped Doncaster Rovers to come from behind and beat Barnet 3-1 away. Darren Ferguson’s team are four points clear at the top.

Plymouth Argyle, who are second, warmed up for their FA Cup third round replay against Liverpool by seeing off Stevenage in a 4-2 win at Home Park. Carlisle and Morecambe shared the points at Brunton Park.

Shoot! takes a look at What’s Hot and What’s Not from the EFL…