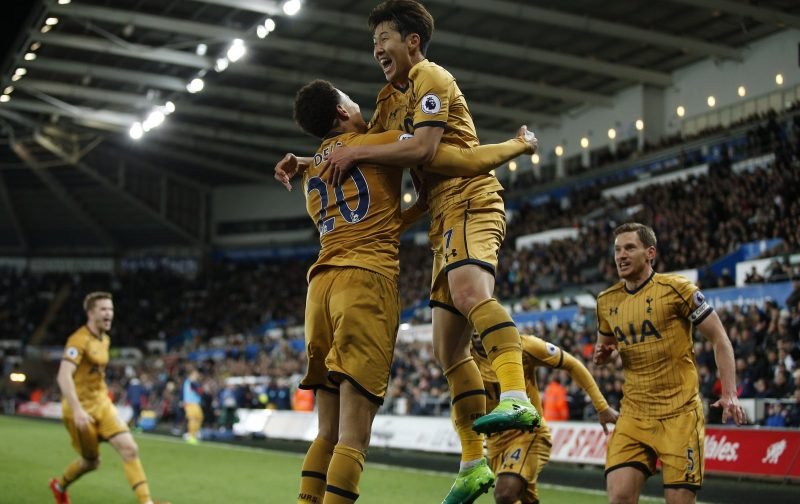 Premier League leaders Chelsea reasserted their authority on the title race courtesy of a 2-1 victory over Manchester City on Wednesday.

Antonio Conte’s men suffered a shock defeat to Crystal Palace on Saturday to see their lead at the top cut to seven points, but an Eden Hazard brace either side of a Sergio Aguero strike saw the Blues get back to winning ways at Stamford Bridge.

Tottenham kept the pressure on the West London outfit though by netting three times in the last five minutes to see off Swansea, who had looked on course for a massive win when Wayne Routledge gave them a first half lead only to lose 3-1 to Mauricio Pochettino’s men.

Liverpool remain third despite drawing 2-2 at home to Bournemouth, with Josh King netting a late equaliser for Eddie Howe’s men to once again frustrate the Reds against lower league opposition, while Arsenal moved up to fifth after dispatching West Ham 3-0 at the Emirates Stadium.

Manchester United’s home issues continued on Tuesday when they could only muster a 1-1 draw with Everton, while eighth place West Brom have now won just one of their last five league matches after losing 2-0 at Watford, who moved into the top half as a result.

At the bottom, things aren’t looking good for David Moyes’ Sunderland after they lost 2-0 at resurgent Leicester, while North East rivals Middlesbrough are also staring relegation in the face after they were beaten 4-2 by Hull on Wednesday, a result which moved the Tigers out of the bottom three.

Sam Allardyce’s Crystal Palace couldn’t back up their stunning win at Chelsea with victory at Southampton, instead going down 3-1 to Claude Puel’s side, while Burnley recorded yet another home win thanks to a 1-0 success over Stoke City.

So, in what was a frantic few days of football in the top-flight, here is What’s Hot and What’s Not from the midweek Premier League action…