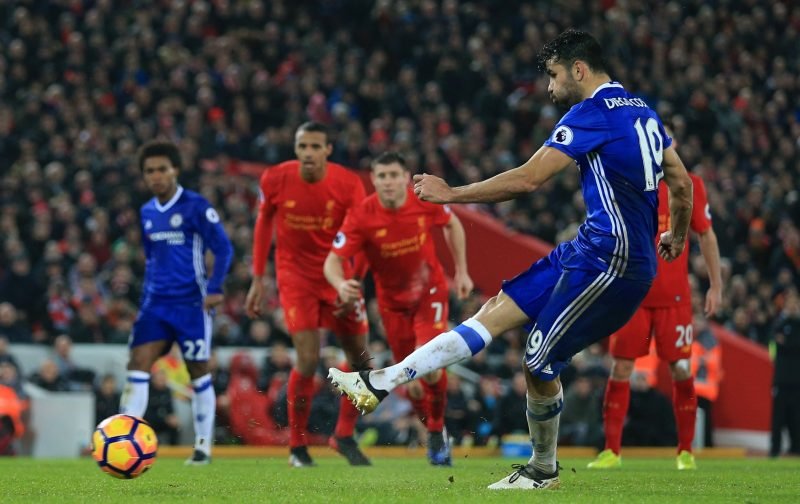 Chelsea moved nine points clear at the top of the Premier League courtesy of a 1-1 draw away at Liverpool on Tuesday night.

Antonio Conte’s men looked set to go 11 points clear at the summit when David Luiz gave them a half-time lead at Anfield, yet Georginio Wijnaldum’s header 12 minutes into the second half secured a much-needed point for Jurgen Klopp’s men, who in turn ended a run of three straight home defeats.

The draw gave both Arsenal and Tottenham the chance to close the gap on the leaders, yet the Gunners lost 2-1 at home to Watford, while Mauricio Pochettino’s Spurs failed to break down a stubborn Sunderland defence at the Stadium of Light.

Manchester City were the only winners in the top six after thumping West Ham 4-0 at the London Stadium, while neighbours Manchester United fell four points adrift of the top four after drawing 0-0 at home to struggling Hull.

Everton remain seventh after drawing 1-1 away at Stoke, and thus remain four points clear of West Brom after they drew by the same scoreline at Middlesbrough, while Burnley moved up to tenth after beating champions Leicester 1-0 at Turf Moor for their ninth home league win of the campaign.

At the bottom, there were huge wins for Swansea and Crystal Palace, with Paul Clement’s Swans getting the better of Southampton 2-1, while Sam Allardyce recorded his first Premier League victory in charge of Palace with a 2-0 success at Bournemouth.

So, on what was a fascinating midweek of football in the top-flight, here is What’s Hot and What’s Not from this week’s games…