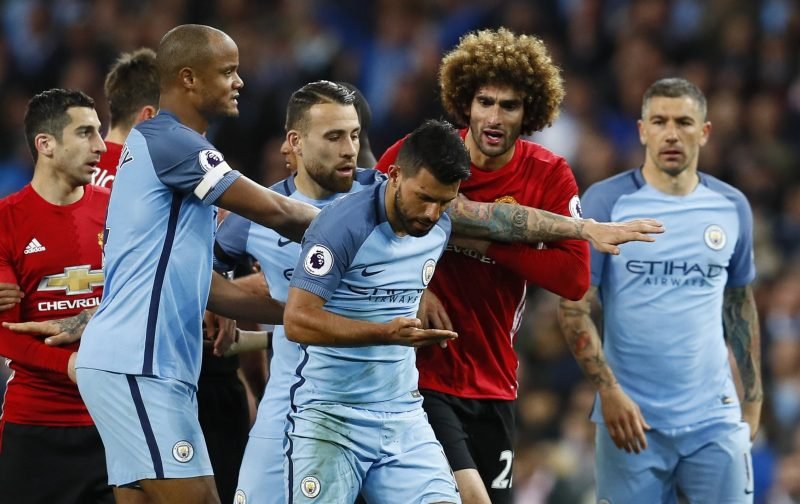 Manchester City were held to a goalless draw by neighbours United in what was a dismal Manchester derby at the Etihad Stadium on Thursday.

Pep Guardiola’s side had most of the play but created very few clear-cut chances, with their best falling to striker Sergio Aguero in the first half, only for the 28-year-old to strike the post from point-blank range.

United shot-stopper David De Gea made saves from Yaya Toure and Aleksandar Kolarov as the hosts tried to unlock a stubborn and resilient Red Devils backline, while Jose Mourinho’s men did have a chance of their own when Ander Herrera was unmarked but could only head wide at the back post.

The draw means that we are no closer to knowing who will be playing in the Champions League next season, with City a point clear of their neighbours in fourth with just five games of the season remaining.

Guardiola’s men have arguably got the easier run in, with home clashes against Crystal Palace, Leicester, and West Brom to follow, yet United are still in the Europa League and know that victory in that competition would secure them a return to Europe’s elite competition.

So, in what was a relatively disappointing Manchester derby, here is What’s Hot and What’s Not from Thursday evening at the Etihad…