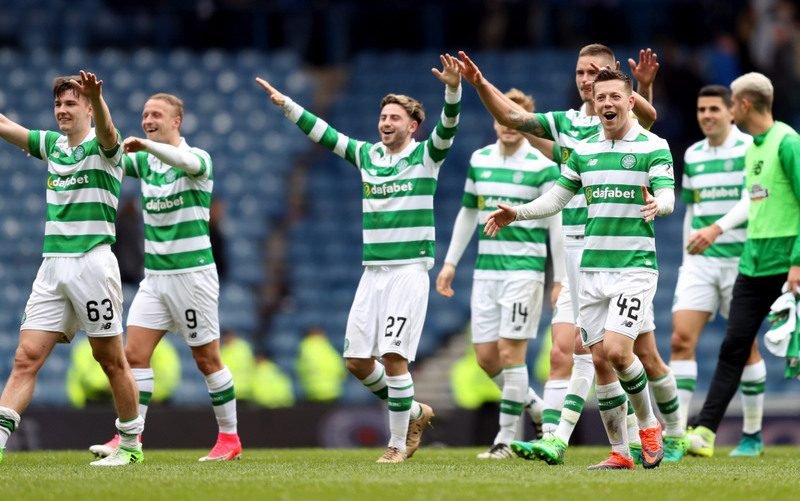 Celtic recorded their biggest ever win over Old Firm foes Rangers at Ibrox by thrashing their rivals 5-1 in the Scottish Premiership.

Former Manchester City winger Scott Sinclair opened the scoring from the penalty spot after seven minutes, before Leigh Griffiths doubled the away side’s lead shortly after.

Callum McGregor made it three-nil to Brendan Rodgers’ champions soon after the interval, before Dedryck Boyata’s header and Mikael Lustig’s effort made it high fives all round for Celtic, either side of Kenny Miller’s consolation goal for Pedro Caixinha’s hosts.

Following more bragging right over rivals Rangers, here is how jubilant Celtic fans reacted on Twitter to this afternoon’s mauling…

@celticfc This is how it feels to be Celtic

@celticfc One word – OUTSTANDING! What a time to be alive!

@celticfc When you play FIFA on amateur.

@celticfc This is how it feels to be Celtic! Sevco destroyed. Biggest win at Ibrox ever. #COYBIG