Where are they now? Arsenal legend Ian Wright 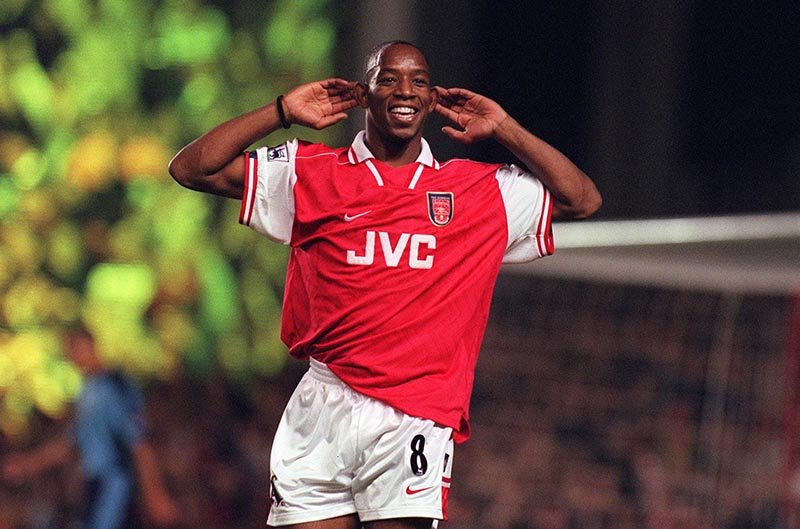 SHOOT would like to wish Ian Wright many happy returns as the ex-professional footballer celebrates his 55th birthday today.

Having been a notorious ‘late bloomer’ into the world of professional football, SHOOT reflects on the forward’s career and asks where is Wright now…

Having waited for his chance, Wright made no mistake in grabbing the opportunity with both hands at Selhurst Park. In his second season with the club, he formed a formidable partnership with Mark Bright which saw him net 33 goals in all competitions as the Eagles were promoted to the First Division via the Playoffs in 1990.

Most football fans will remember Wrighty’s Palace days for his heroics in the 1990 FA Cup Final at Wembley against Manchester United. Having suffered an injury-hit season, he had a fitness race to make the final 28 years ago but, after managing to make the bench, he famously scored just minutes after coming on to the pitch, before putting the Eagles ahead in extra time. The game ended in a 3-3 draw but unfortunately for the South London club they came out 1-0 losers in the replay.

The Woolwich born star’s performances had certainly not gone unnoticed. Wright netted 117 goals in 277 appearances for Palace and signed for Arsenal for £2.5m in September 1991 for a then club-record fee. 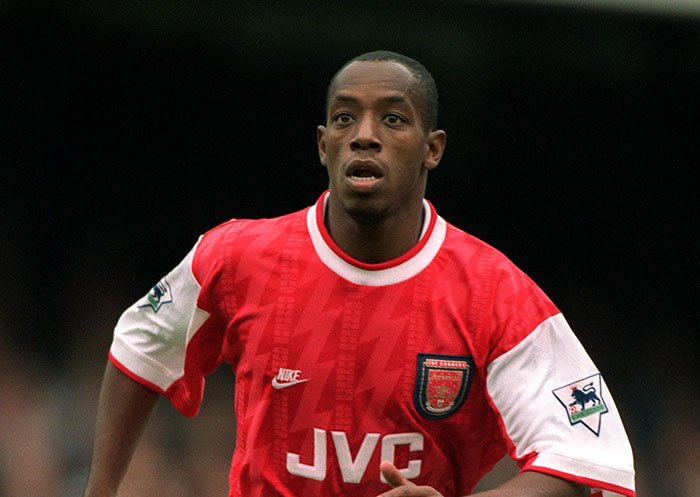 Wright started for the Gunners where he had left off with Palace, netting freely in all competitions and finding himself top of Arsenal’s scoring list in the first six seasons at the club.

It wasn’t long before the trophies started to come. Wright was instrumental in the club winning the FA Cup and League Cup in 1993 and going on to win the Cup Winners’ Cup in 1994.

Following some difficult times under Bruce Rioch, Wright was relieved to see new manager Arsene Wenger arrive at Highbury in 1996. Wright has always spoken in glowing terms about the Frenchman and it’s not surprising, as he became the club’s all-time goal scorer (later surpassed by Thierry Henry) and secured the Premier League and FA Cup double in 1998. By the end of his Arsenal career Wright had scored an impressive 185 goals in 288 appearances for the club.

Wrighty was quoted to being ‘heartbroken’ when he left Arsenal for West Ham the summer after their superb double win. He went on to spend fifteen months with West Ham and finished his playing career with short spells at Nottingham Forrest, Burnley and Celtic.

Moving on to England, Wright had to compete against a whole host of striking talent including Alan Shearer, Robbie Fowler, Chris Sutton, Teddy Sheringham, Les Ferdinand, Andy Cole and Michael Owen to name a few. This resulted in a frustrating international career for Wright, who made just 33 appearances and scored nine goals across a seven-year period from 1991-1998.

After dabbling as Director of Football at Ashford Town and a part-time coaching spell at MK Dons that only lasted a year, it was clear Wright was already doing what he does best – punditry and broadcasting. 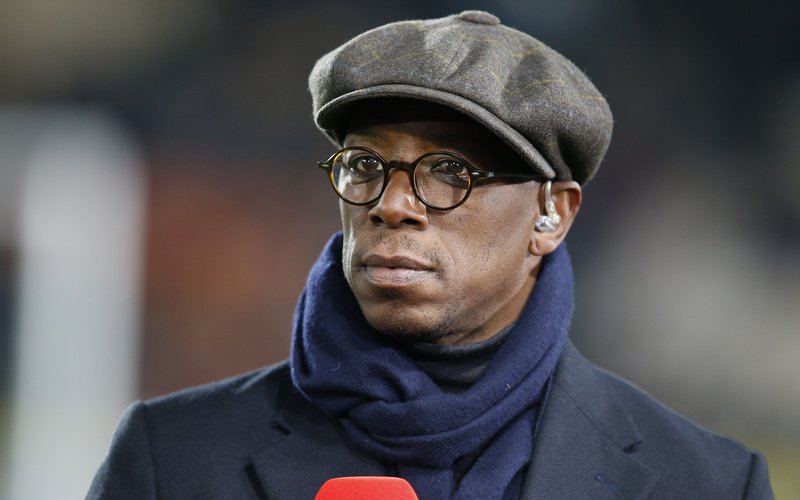 Ian Wright is a popular pundit and broadcast working on many shows and across various TV channels.

His personality and humour made him a natural TV broadcaster and he has appeared on, and hosted numerous shows. Far too many to name here, but highlights include Top of the Pops, Friends Like These, They Think It’s All Over, Gladiators and Live From Studio Five.

The ex-Gunner has also heavily featured on radio and has hosted Rock ‘N’ Roll Football on Absolute since 2010 and co-hosts BBC Radio 5’s 606 phone-in alongside Kelly Cates. Football fans will also have fond memories of him co-hosting alongside the controversial Adrian Durham on the Drive show on talkSPORT.

Television punditry is Wright’s most notable body of work since retiring from the game. He has appeared across all the major channels with stints at ITV, BBC and BT Sport. He is a regular on Match of the Day and Match of the Day 2 and has been with one of the major broadcasters at most summer tournaments.