Where are they now? Arsenal’s former midfielder Denilson 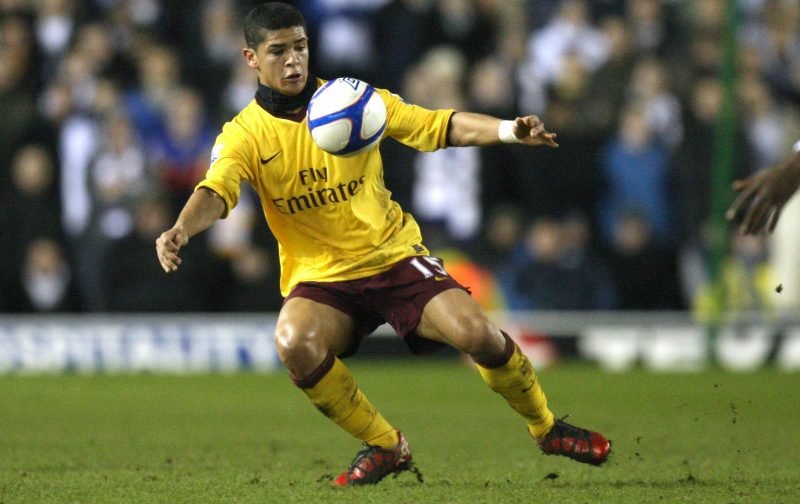 Everyone at Shoot! would like to wish Denilson many happy returns as the former Arsenal midfielder celebrates his 29th birthday today!

The Brazilian started his career in his homeland with Sao Paulo, coming through the youth system there before making his professional debut in 2005.

However, he didn’t feature there as much as he would have liked, and made a slightly surprising move to Premier League giants Arsenal in 2006 for little over £3 million. 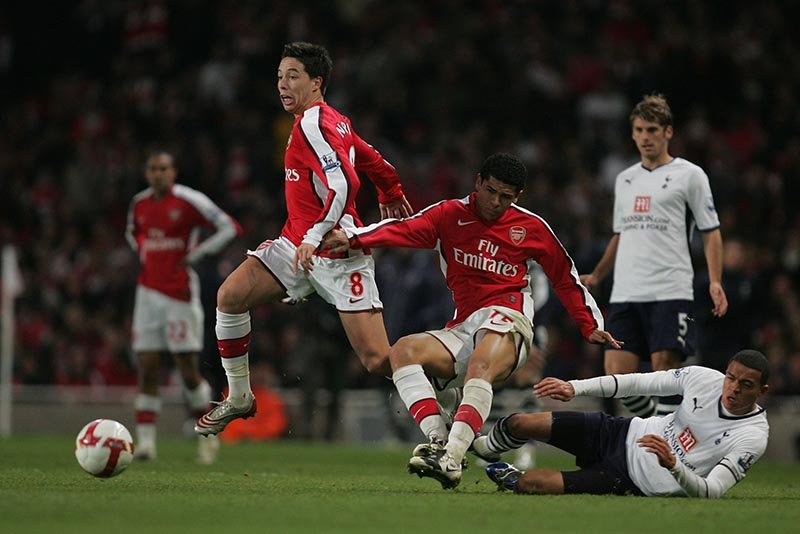 And, given that the midfielder celebrates his birthday today, we at Shoot! thought we’d take a look back as his Gunners career, and also see where he went after that, and what he’s doing now.

Denilson moved to North London in the summer of 2006 as manager Arsene Wenger looked to strengthen his midfield options, which was the same transfer window that the Frenchman brought in Alex Song and Tomas Rosicky.

However, former Brazilian Under-17 international Denilson has to wait until December 30 2006 for his Premier League debut, when he came on as an 83rd-minute substitute in their surprise 1-0 defeat to Sheffield United at Bramall Lane.

He went on to make a further nine Premier League appearances that term to help Arsenal finish fourth in the Premier League, and then netted his first goal for the Gunners in the following campaign with a fine strike in their 2-0 League Cup victory over Newcastle at the Emirates Stadium.

Denilson’s impressive start to life in North London earned him a new long-term deal in October 2007, and went on to make 13 starts in all competitions that term to help the Gunners finish third in the Premier League, and reach the quarter-finals of the Champions League. 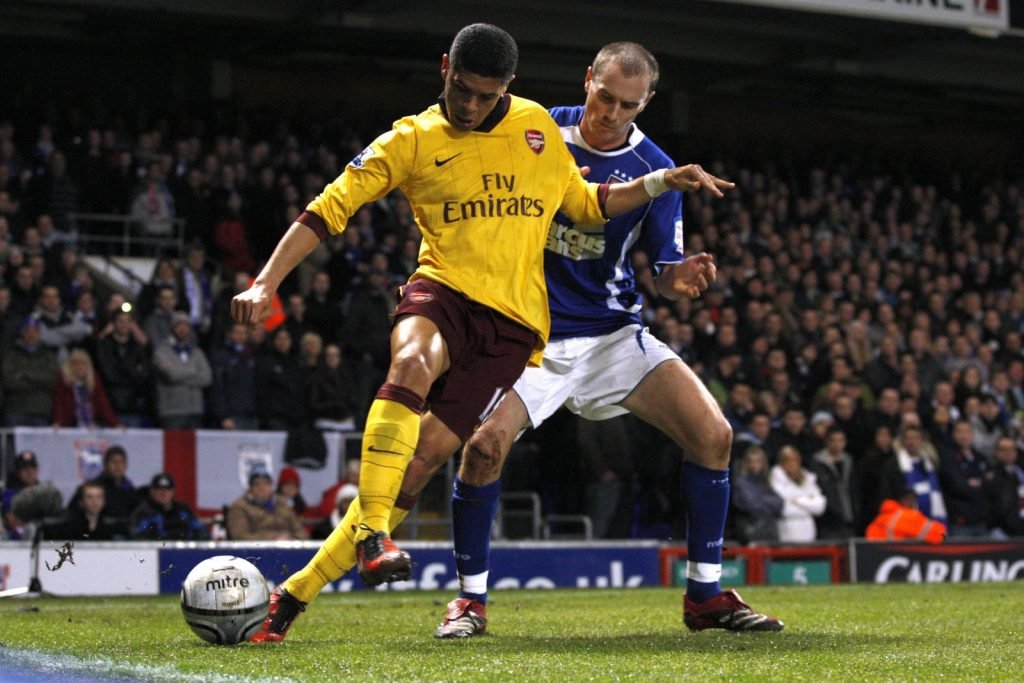 But it was the 2008/09 campaign which was the 29-year-old’s best at the Emirates, as the likes of Mathieu Flamini and Gilberto Silva left the club in the summer, allowing Denilson to make 36 Premier League starts, and 51 appearances in all competitions for the club – the most of any Arsenal player that season.

The Gunners once again finished fourth, but it was his penalty in a shoot-out victory over Roma in the last 16 of the Champions League which helped them to their best finish in the competition since reaching the final in 2006, as they got past the Italian giants and then Villarreal before losing to Manchester United in the semi-finals.

The 2009/10 campaign saw the Brazilian struggle for regular first team football, mainly due to a back problem, and he started only half of their 38 Premier League games that term, but still netted four times in the league, all of which were outside the penalty area.

Despite signing a new five-year deal in October 2009, Denilson went on to make just 16 Premier League appearances in the 2010/11 campaign, of which only six were starts.

Unsurprisingly, his Arsenal career came to an end in the summer of 2011, bringing to an end a five-year spell which had seen him play 153 times for the Gunners, and net 13 goals.

So, where did he go after Arsenal? 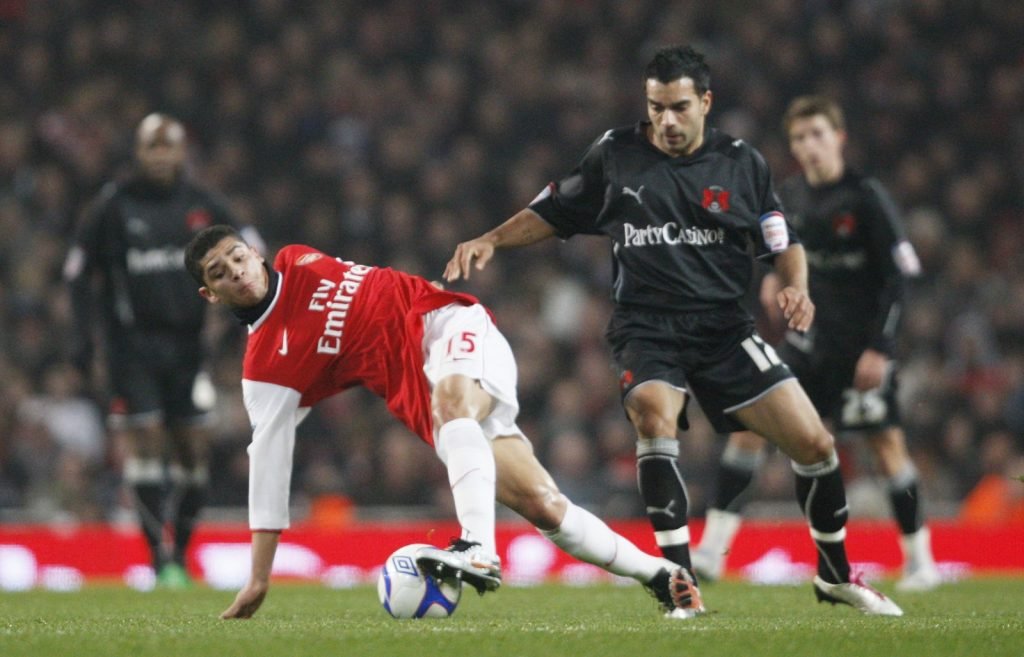 Denilson returned to Sao Paulo in 2011 on loan for the whole of the 2011/12 campaign, although didn’t make a great impression on the club’s fans by getting sent off twice in his first three matches.

Further discontent with the Sao Paulo fans followed before he helped them win the Copa Sudamericana in 2012, his second season at the club, as opponent’s Tigre refused to play the second half of the second leg of their match due to security concerns.

And in the summer of 2013, Denilson and Arsenal agreed to terminate the midfielder’s contract at the Emirates, and a few weeks later he signed a permanent deal at Sao Paulo, where he would stay for a further two years before moving to Abu Dhabi-based club Al Wahda in 2015.

He made 23 appearances for the Arabian Gulf League side last term, before being sent out on loan to Brazilian side Cruziero at the start of this season.

However, things haven’t gone according to plan for the midfielder, who saw his loan spell terminated by the club back in November after making just two appearances for them.

Once a highly-rated youngster who helped run the Arsenal midfield, Denilson is now struggling to get regular first team football.