Where are they now? Former Arsenal midfielder Emmanuel Frimpong 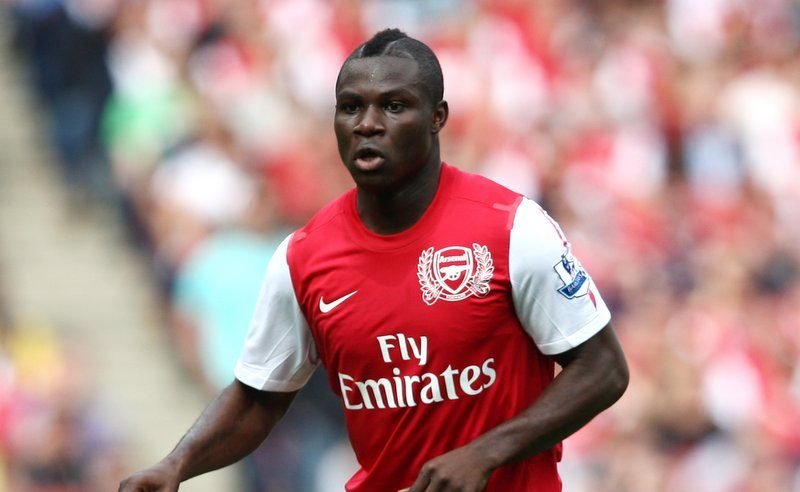 Shoot! would like to wish Emmanuel Frimpong many happy returns as the former Arsenal midfielder celebrates his 26th birthday today!

The former Ghana international, who made his Black Stars debut against Sudan back in March 2013, endeared himself to Gunners fans – entertaining his supporters both on, and off the pitch.

Frimpong, who originally joined North London rivals Tottenham Hotspur during his childhood, signed for Arsenal at the age of nine, before going on to make 16 first-team appearances for the Premier League club.

Despite failing to find the back of the net, the combative defensive midfielder was adored at the Emirates Stadium, before loans to the likes of Wolverhampton Wanderers, Charlton Athletic and Fulham started spelling the end of his Gunners career. 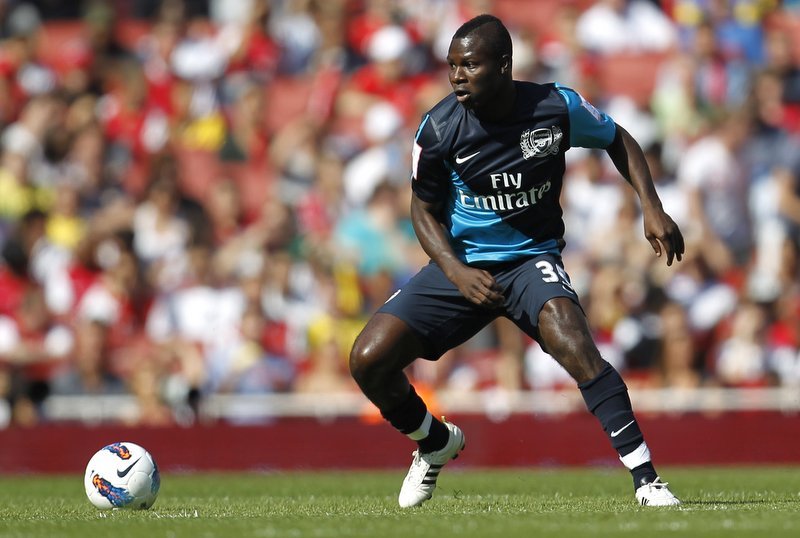 Whilst in English football, Frimpong won back-to-back FA Premier Academy League titles in 2009 and 2010, as well as the 2009 FA Youth Cup.

After leaving Arsenal in January 2014 following his move to Barnsley, where he lasted just four months at Oakwell, he left English football altogether that summer.

So, Shoot! asks, where is Frimpong now?

Born in Kumasi, Ghana, Arsenal snapped up the midfielder from under rivals Tottenham’s nose, enrolling him into their youth academy alongside fellow graduate Jack Wilshere.

After winning the Premier Academy League titles and the FA Youth Cup, Frimpong impressed for the Gunners’ first-team during pre-season in Austria back in 2010, only for the player to suffer an anterior cruciate ligament injury in training to severely hinder his breakthrough chances ahead of the 2010-11 season. He was sidelined for nine months.

However, the Ghanaian-born star made his first-team bow for Wenger’s side against Newcastle United during the team’s 0-0 Premier League stalemate in August 2011, replacing fellow midfielder Tomas Rosicky for the final five minutes at St James’ Park.

Although, his first Premier League start for Arsenal did not quite go to plan. Named in the starting XI against Liverpool just a week later, the midfielder was sent off for a second bookable offence for a challenge on Lucas Leiva.

Come January 2012, he was loaned out to fellow top-flight side Wolves for the remainder of the campaign. He played five times for the Midlands outfit, before he ruptured a cruciate ligament in his right knee during a 2-1 victory over Queens Park Rangers.

Frimpong did not return to action until September, featuring against Coventry City in the Capital One Cup for Arsenal, before joining Championship side Charlton Athletic on a six-week long deal, where he made a further six appearances. 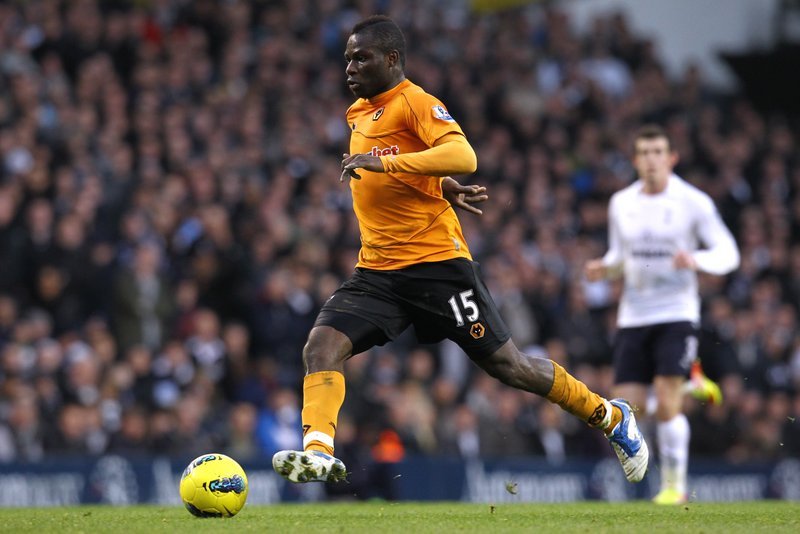 Frimpong in action for Wolverhampton Wanderers against Tottenham in January 2012.

Then, by late-January 2013, he signed for Fulham on loan for the remainder of the 2012-13 season, featuring another six times.

After returning to North London that summer, Frimpong never featured for Arsenal again, instead being sold to Barnsley for an undisclosed fee on January 31, 2014.

It should not be a surprise by now, as the midfielder was sent off during his Tykes debut, receiving two yellow cards inside six first-half minutes against Sheffield Wednesday.

Barnsley suffered relegation from the Championship that term, and after nine appearances for the Tykes, he was released at the end of the campaign.

But, where did Frimpong head next?

Russia was his next destination, after putting pen to paper on a three-year contract with Russian Premier League side FC Ufa. Despite still failing to score, Frimpong made 28 appearances in all competitions for Ufa – the most games he has played for any club throughout his career, to date.

Heading into the first round of league fixtures of the 2015-16 season, he received a straight red card in the 31st minute for making an obscene gesture at a Spartak Moscow supporter. He reasoned that he was provoked by racial abuse from the crowd, before he received a two-match ban for his retaliation.

He was also dismissed against FC Krasnodar in October 2015, before mutually agreeing to cancel his contract in April 2016. 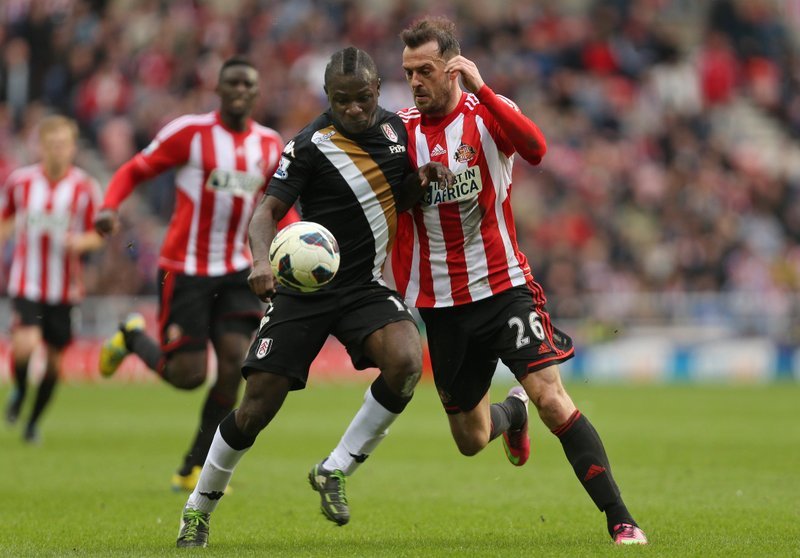 Then, in August, he joined Arsenal… sort of! Frimpong agreed a two-year deal with Arsenal Tula, another Russian football club, where he appeared just four times.

In February of last year (2017), the ex-Gunner then ended up in Sweden, this time signing a two-year contract with Allsvenskan outfit AFC Eskilstuna, where he made 10 appearances.

And finally, in another twist, Frimpong flew off to Cyprus to put pen to paper on a two-year contract with Ermis Aradippou back in August 2017.

So far this term, Frimpong has made 12 appearances for the First Division side, and received six yellow cards in his first seven outings. Though, he has been left out of the matchday squad for Ermis Aradippou’s last three league games.

Having just turned 26-years-old, it seems there are many more twists and turns to come in the professional football career of Emmanuel Frimpong…