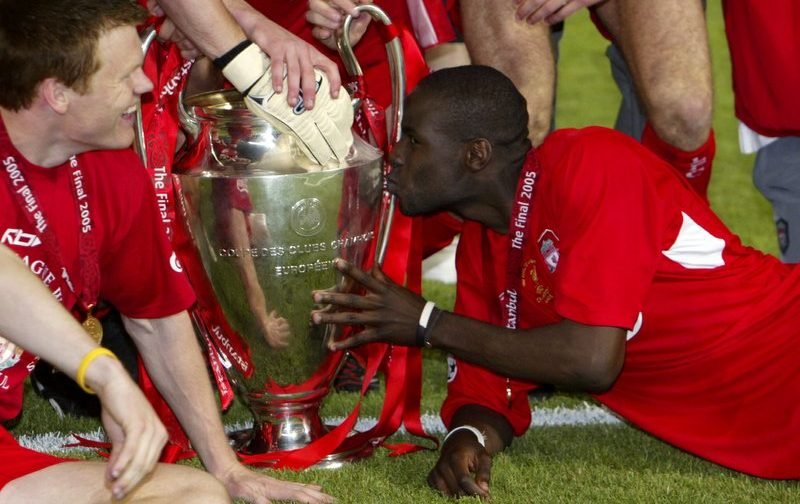 Shoot! would like to wish Djimi Traoré many happy returns as the former Liverpool defender celebrates his 38th birthday today!

The former Mali international, who earned six international caps for his country, including one goal, will most likely be remembered by Reds fans for one moment magic, and one moment of madness.

Traoré, who was in fact born in Saint-Ouen, France, began his career at Laval, before joining the Premier League giants back in 1999.

The centre-back, who often featured at left-back for his previous clubs, went on to lift the 2005 UEFA Champions League with Liverpool following The Reds’ remarkable comeback in Istanbul, just months after becoming a laughing stock after a horrendous own goal against Burnley.

An unlikely European Cup winner with Liverpool, Traoré is something of a cult hero at Anfield nowadays, after scoring one goal in 141 games overall for the Premier League club. 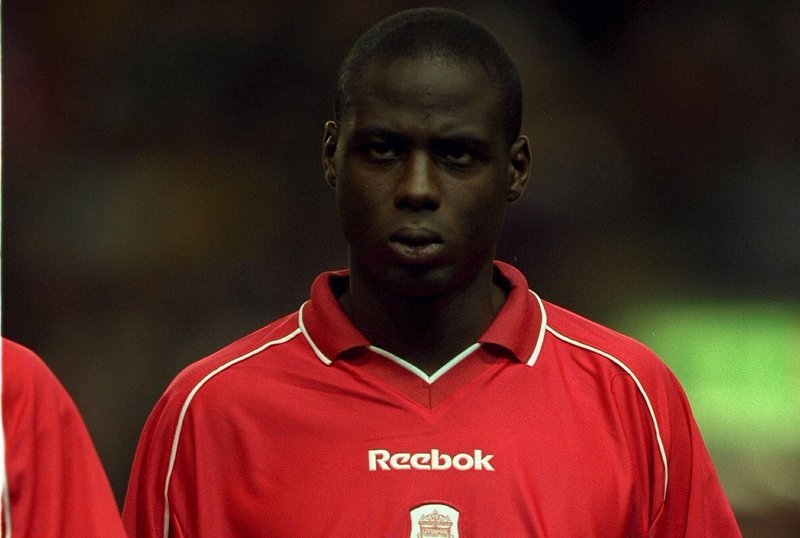 But after leaving Merseyside back in August 2006, Shoot! asks, where is Traoré now?

Having left his hometown club, Laval, for European heavyweights Liverpool in 1999, the Malian defender never hit the ground running at Anfield, that was until Rafael Benitez’s reign from 2004.

He was used very sparingly under Gerard Houllier, even featuring for the reserve team instead, before almost signing for Merseyside rivals Everton on transfer deadline day back in August 2004, only for new boss Benitez to keep hold of the centre-half, as he couldn’t afford to let him go.

Traoré scored his first, and only Liverpool goal, against Steaua Bucharest in the UEFA Cup back in November 2003, a sublime long-range strike from about 25 yards out, on his right foot, that salvaged a 1-1 draw against the Romanian outfit away from home.

Under Benitez, his Liverpool career was reinvigorated, as he was selected at left-back with great effect, a move that undoubtedly improved his positional play and allowed him to join in on attacks as a pacey full-back.

But, in January 2005, Traoré suffered a horror show at Turf Moor, as his freak own goal against Burnley in the third round of the FA Cup cost Benitez’s side in the competition.

The Mali international attempted a ludicrous turn and drag back inside his own six-yard box following a low cross towards the far post, only to skilfully knock the ball past his own goalkeeper Jerzy Dudek, and rightfully bury his head in his hands.

Anyway, moving on. Traoré’s moment of magic was around the corner. The defender remained a regular under Benitez, despite his terrible Turf Moor gaffe, and he went on to become an unlikely Champions League winner in May.

Starting at left-back, Traoré conceded the free kick against Kaka, that led to Paolo Maldini’s opening goal for AC Milan inside the opening minute.

He did, however, make amends in the second-half, denying striker Andriy Shevchenko what could have been the all-important winner with a last-gasp goal line clearance.

Having been 3-0 down after 54 minutes, goals from Steven Gerrard, Vladimir Smicer and Xabi Alonso saw The Reds miraculously draw level in Istanbul on the hour-mark, before prevailing 3-2 on penalties.

The following 2005-06 campaign was to be his last at Anfield, despite making 24 appearances in all competitions, as John Arne Riise and Stephen Warnock were preferred at left-back, making Traoré deemed surplus to requirements on Merseyside come the summer. 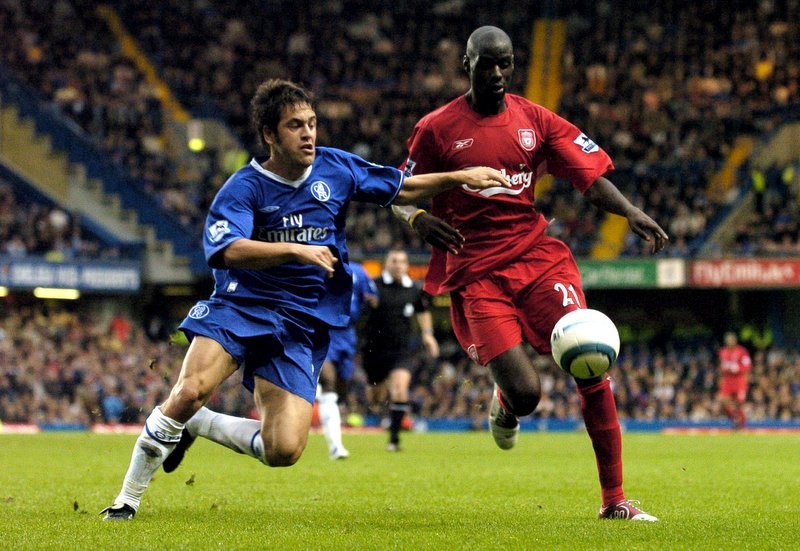 He was sold to Charlton Athletic in August 2006, for a reported transfer fee of £2m, where he was sent off on his debut for The Addicks against West Ham United.

The Malian man also conceded a penalty against former club Liverpool in December, after bringing down Jermaine Pennant, as Charlton went on to lose 3-0 at The Valley.

After just half a season, manager Alan Pardew was already keen to offload Traoré, with the defender joining Portsmouth in January 2007 on a two-and-a-half-year contract.

He went on to feature just 14 times for Pompey, as well as going on loan to Birmingham City in February 2009 for three outings, before leaving English football for good, to return to France.

Traoré put pen to paper on a two-year deal with AS Monaco, where he found the back of the net once in 43 games overall.

He then agreed a switch to French rivals Marseille in August 2011, where he played 20 games for the Ligue 1 outfit, and was an unused substitute as his team mates won the 2012 Coupe de la Ligue Final against Lyon.

Traoré departed the Stade Velodrome at the end of the 2011-12 season, and did not play professionally until impressing on trial for Major League Soccer side Seattle Sounders FC in February 2013. 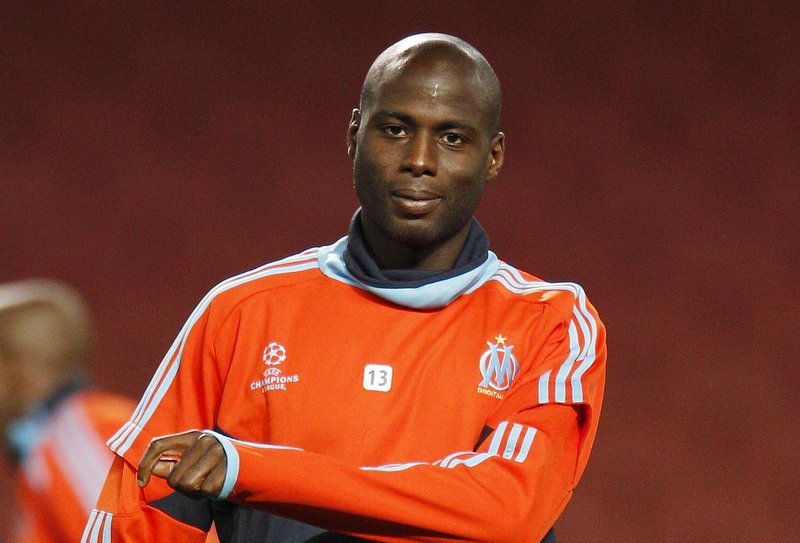 Traoré during a training session with Marseille.

The ex-Liverpool cult hero earned a contract and scored a wonder goal (not own goal!) against Tigres in the CONCACAF Champions League quarter-finals, and went on to help Seattle lift the 2014 MLS Supporters’ Shield, scoring two goals in 50 appearances overall for the American football club.

Traoré retired from the beautiful game at the end of the 2014 season, and has since been appointed Assistant Coach of Seattle Sounders, who finished second in the Western Conference last term, and were defeated 2-0 by Toronto FC in the MLS Cup final.