Where Are They Now? Manchester United flop Dong Fangzhuo 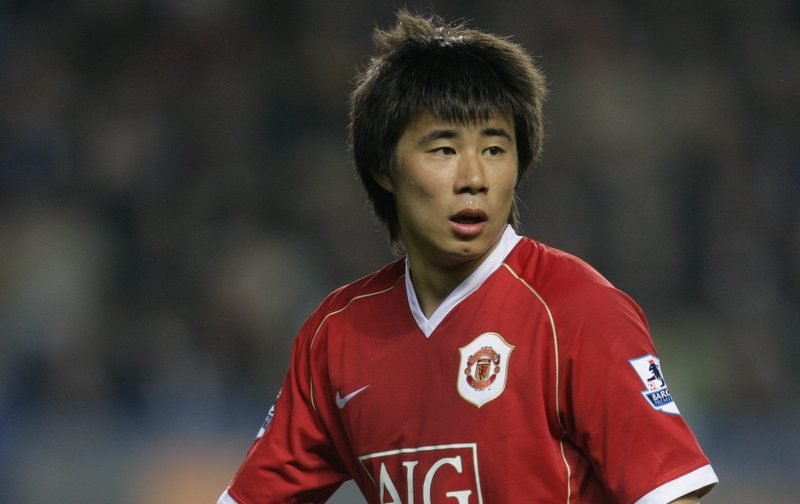 Shoot! would like to wish former Manchester United striker Dong Fangzhuo many happy returns as the forward celebrates his 32nd birthday today!

What do you mean you have never heard of him? You know… The highly-rated Chinese prospect who joined the Premier League giants back in January 2004, only to make three first-team appearances for The Red Devils in four-and-a-half years…

The legendary Sir Alex Ferguson worked wonders for the Old Trafford outfit during his 26-year reign, but it is fair to say the signing of Fangzhuo was a rare mistake by the Scot.

The then 18-year-old teenager completed his move from Dalian Shide to Manchester United on January 12, 2004, for an initial £500,000 – which could have risen to £3.5m depending on appearances.

However, the forward did not qualify for a UK work permit at the time, so he had to begin his Red Devils career with feeder club Royal Antwerp (Belgium).

Dong became United’s first-ever East Asian signing after the club’s scouts picked the striker out from a crop of youngsters sent by China’s top sides for trials in August 2003.

During his first full spell with Royal Antwerp, injury and international duty hindered his goalscoring exploits in Belgium, with Dong netting seven goals in 22 appearances in all competitions.

Prior to the 2005-06 campaign, United called up the Chinese star to their pre-season squad, before making his unofficial debut and scoring in a 2-0 friendly victory over Hong Kong.

However, the striker was once again shipped out on loan to Royal Antwerp due to continued work permit problems, where he finished as the club’s and Belgian Second Division’s top goalscorer, netting 18 times in 28 league appearances – including two hat-tricks.

Come December 2006; Dong was finally given a UK work permit, having made enough appearances for China in the previous two years. United rewarded the youngster with a new contract until 2010 and included him in their first-team from January 17, 2007.

Having featured regularly for United’s reserves for the remainder of the 2006-07 term, Ferguson handed Dong his Premier League debut during a goalless draw at Stamford Bridge in May 2007. He replaced fellow forward Wayne Rooney in the 73rd minute, partnering Ole Gunnar Solskjaer against Chelsea for the remainder of the top-flight fixture, as the Red Devils lifted the league title soon after.

Up next; Dong’s second appearance, though it didn’t come until September 2007. Plus, it will be one he’ll want to forget!

Dong played the entire match of United’s shock 2-0 loss to Championship outfit Coventry City in the League Cup, with Michael Mifsud scoring both goals for The Sky Blues at The Theatre of Dreams.

In December that year, Dong became only the second-ever Chinese player to feature in the UEFA Champions League, replacing Rooney once again to make his European debut against AS Roma.

Injury curtailed the remainder of Dong’s 2007-08 campaign, but having failed to even threaten in front of goal during his handful of appearances, let alone score, his United career looked to be over before it had even really begun.

Ahead of the 2008-09 season, Dong was not even given a squad number, with his previous No.21 shirt being handed to defender Rafael instead.

In light of the club’s decision, Dong and United mutually agreed to terminate the remainder of his contract.

But, where did Dong Fangzhuo end up next following his Old Trafford exit? For any [very unlikely] valuable future pub quiz question, the answer is back to Dalian Shide.

Later in August, the forward returned to his homeland to re-join his former club. However, having become such a star-studded name in his country following his four-year stint with world football giants Manchester United, Dong cracked under the pressure in China as the club’s expectations of the forward were beyond his ability.

It didn’t take long for the ex-Premier League flop to be demoted to Dalian’s reserve squad, as well as fall out-of-favour at international level, despite scoring for China at the 2008 Olympic Games.

In 2010; however, Dong made a surprise return to Europe, signing an 18-month deal with Polish club Legia Warsaw.

But once again, Europe proved too much for the Chinese striker, as just four appearances later, he was familiarly dropped to their reserve squad.

Who would try to help reignite Dong’s career next? Only United legend Cristiano Ronaldo!

Following his release by Legia Warsaw in the summer of 2010, the Real Madrid forward reportedly recommended Portuguese club Portimonense to take a gamble on the Chinese ace, who put pen to paper on a one-year deal.

Again; after just four appearances for his new club, where he scored one goal, Dong grew frustrated with his first-team opportunities and terminated his contract. When will he ever learn!

Next up was Armenian Premier League side Mika (2011), where he stayed for a year, before returning to China for a third time with Hunan Billows (2012). His final club was Hebei Zhongji (2014), before being released in January 2015, leading to the striker’s retirement from ‘The Beautiful Game’.

Since hanging up his boots, Dong has hit the headlines, for all the wrong reasons – as usual.

Despite this, some Red Devils fans still rate Dong as a Manchester United cult hero, having become the club’s first-ever Chinese player.

Though, we won’t be shouting his names from the rooftops.