Where are they now? Manchester United’s 2010 League Cup winning side 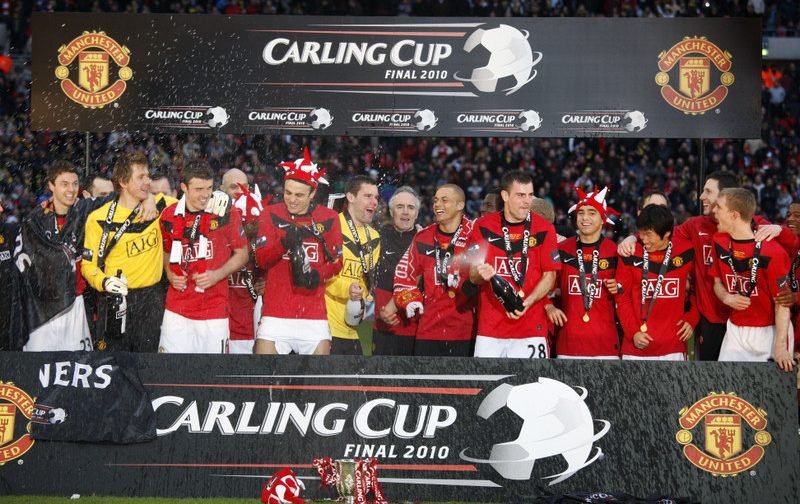 Sunday’s EFL Cup final could see Manchester United pick up their first triumph in this competition since 2010.

Seven years ago, The Red Devils beat Aston Villa 2-1 at Wembley Stadium to lift the trophy, which at the time was known as the Carling Cup.

Sir Alex Ferguson’s side went behind early in the game thanks to a James Milner penalty.

They equalised just minutes later, thanks to Michael Owen’s shot from just inside the penalty area.

Substitute Wayne Rooney got the winner for United with a superb looping header with just under 20 minutes remaining in the game.

Manchester United have lifted the trophy four times and a victory over Southampton on Sunday would make them only the fourth team ever to have won the competition five or more times.

In preparation for Sunday’s cup final, Shoot! looks at where the 2010 winning team are now…