Who was Arsenal’s diamond in the rough in Aston Villa defeat? 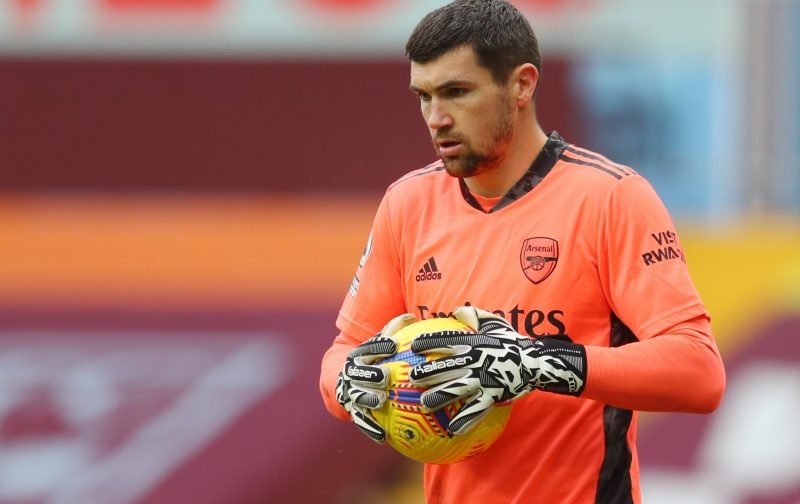 It was a day to forget for Arsenal fans at Villa Park.

The Gunners came into the contest looking to recover from Tuesday night’s frustrating and, at times, unfortunate 2-1 defeat to Wolves at the Molineux.

However, Aston Villa’s early goal after only two minutes courtesy of Oli Watkins put Dean Smith’s side firmly in the driving seat, and they did not take their foot off the accelerator.

Arsenal were able to create some clear chances, but were thwarted by their former goalkeeper Emiliano Martinez who made many impressive saves, with the best coming from Granit Xhaka, whose dipping and curling free-kick from 25 yards out, was clawed out of the top corner by the Argentinian goalkeeper.

It was a tiresome day for Mikel Arteta’s side who also lost midfield general and maestro Thomas Partey to injury in the second half.

However, in every story and cloud, there is often some sunlight peaking through, and that came from none other than Gunners keeper Mat Ryan. 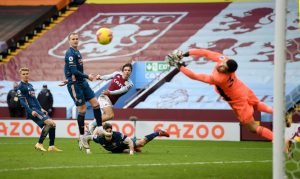 The Australian was drafted in for his debut for the North Londoners at Villa Park, deputising for the suspended Bernd Leno who was sent off against Wolves on Tuesday night.

Some fans may have feared the absence of Leno but Ryan, who arrived on loan from Brighton and Hove Albion in the January transfer window, was a huge positive in a very forgettable game for Mikel Arteta’s side.

The 28-year old kept his new team in the match on countless occasions, stopping Watkins from getting a brace with a magnificent finger tip save and also saving a powerful, point blank drive from Villa captain Jack Grealish.

There is arguably nothing more anxiety inducing for a football team than losing a goalkeeper to injury or suspension; however, Ryan looks to be the perfect remedy for Arsenal’s fears.