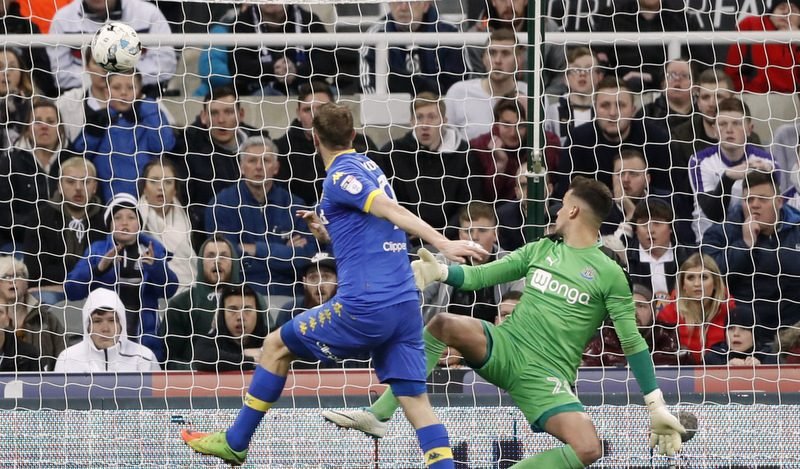 Chris Wood scored his 25th league goal of the season in the 95th minute to salvage a last-gasp 1-1 draw for Leeds United at Newcastle United on Good Friday.

The 25-year-old, who now has 28 goals in all competitions this season, converted Kemar Roofe’s injury-time cross to rule out Jamaal Lascelles’ opener earlier in the second-half to earn The Whites a fairly undeserved share of the spoils at St James’ Park.

The stalemate sees Garry Monk’s Leeds move up to fourth spot in the Championship standings, three points ahead of seventh placed Fulham, who are chasing down the play-off spots, with only four games remaining.

Whilst Rafa Benitez’s Magpies have fallen four points adrift of league leaders Brighton and Hove Albion in the race for the Championship title after failing to hang onto all three points.

With Leeds still in firm contention for promotion to the Premier League come next month, fans rejoiced on Twitter at their star striker’s 95th minute leveller, and even poked fun at Newcastle in the process…

@LUFC Whose the bottlers now?

@LUFC What a ball in. What a striker.

@LUFC 1 Shot is all you need

Is Chris Wood single? Asking for a friend… #lufc #mot