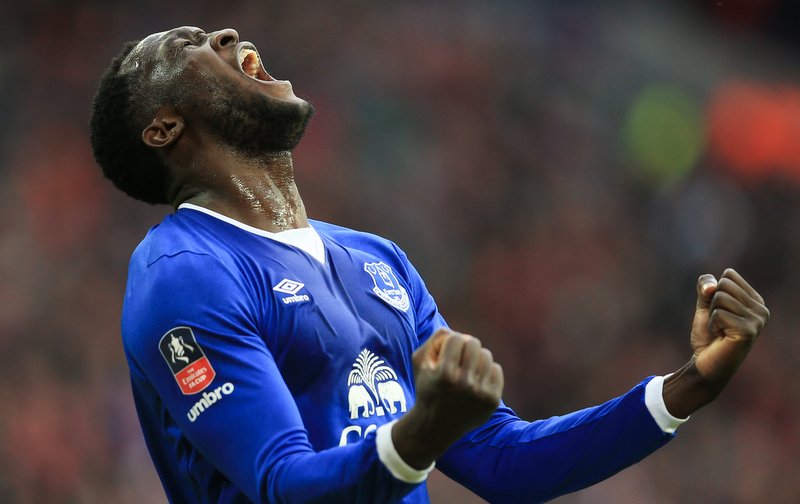 Chelsea remain on course to secure the domestic double in Antonio Conte’s first season in charge after beating Manchester United in the quarter-finals of the FA Cup on Monday.

The Blues had overcome lower league competition in the form of Peterborough, Brentford, and Wolves to reach the last eight, and N’Golo Kante’s fine long-range effort was enough to see off former boss Jose Mourinho’s United at Stamford Bridge.

The Red Devils were reduced to ten men just before half time when Ander Herrera was given a second yellow card for a foul on Eden Hazard, and the hosts took advantage when Kante fired them into the lead just after the break.

The Blues were now face Tottenham in the last four at Wembley next month, and given that they are ten points clear at the top of the Premier League, Conte is well on course to winning the double in his first season in West London.

Despite there still being much to play for between now and May, speculation has been building in recent days about who Chelsea may look to sign in the summer to bolster their squad, and one name they’ve been linked with is Everton forward Romelu Lukaku. 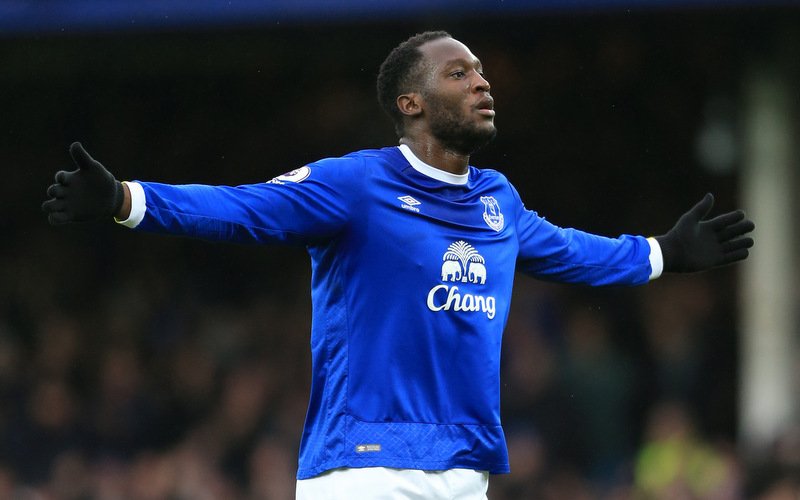 The 23-year-old has said that he will not be signing a new deal at Goodison Park, at the moment anyway, and that is news that is only going to see interest increase in the 23-year-old in the build-up to the summer.

And going back to Chelsea would be perfect for the Belgian international.

The Toffees striker, who is now the club’s record Premier League goal-scorer after surpassing Duncan Ferguson’s tally of 60 in the loss at Tottenham a few weeks ago, has netted 19 Premier League goals this term, which means that he sits top of the goal-scoring charts alongside Spurs’ Harry Kane.

Yet, despite his prolific spell at Everton, Chelsea fans didn’t see any of that in Lukaku when he was at the club previously. 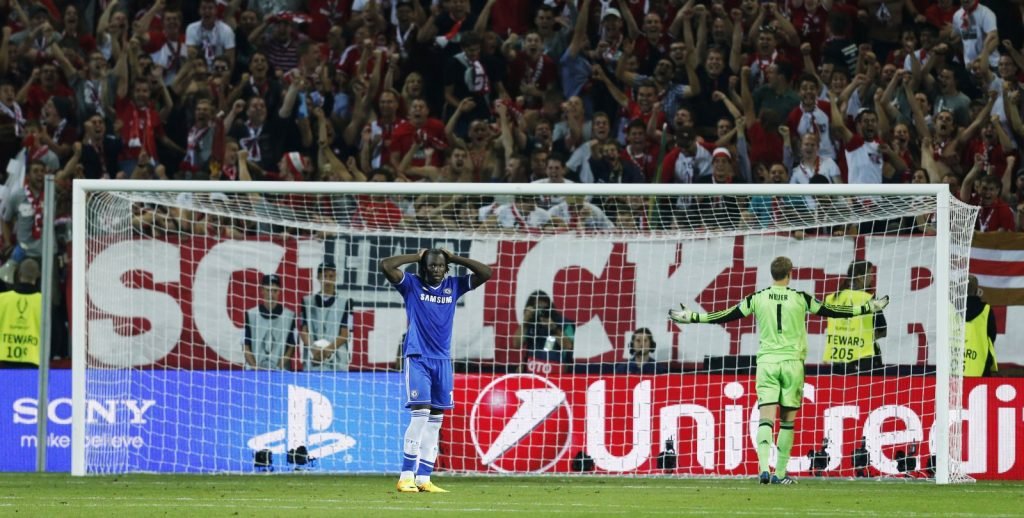 The 23-year-old moved to Stamford Bridge back in 2011 from Anderlecht, and spent the next three years on the books in West London, but managed just 15 appearances for the Blues and didn’t find the back of the net once.

Perhaps the one memory Chelsea fans have of the frontman is his penalty miss in their UEFA Super Cup final against Bayern Munich in 2013, with Mourinho’s side losing 5-4 in the shoot-out after drawing 2-2 after extra time.

Thus, having not ever netted for the Blues, Lukaku will have something to prove if he goes back to Stamford Bridge.

The Belgian is a markedly much better striker now to when he was at Chelsea, in part down to his loan spells away from the club at West Brom and Everton, but also because he has been the latter’s go-to man since his permanent move to Goodison Park in 2014.

And although he wouldn’t be the main man at Chelsea should he move back, the competition between him and Diego Costa would be an intriguing prospect.

This term, Lukaku currently outdoes the Spaniard by 19 league goals to Costa’s 17, which equates to a goal every 125 minutes for the Everton man and 130 for the Chelsea forward, while Lukaku’s tally of 31 key passes and 36 chances created are both higher than those of Costa (25 and 30 respectively). 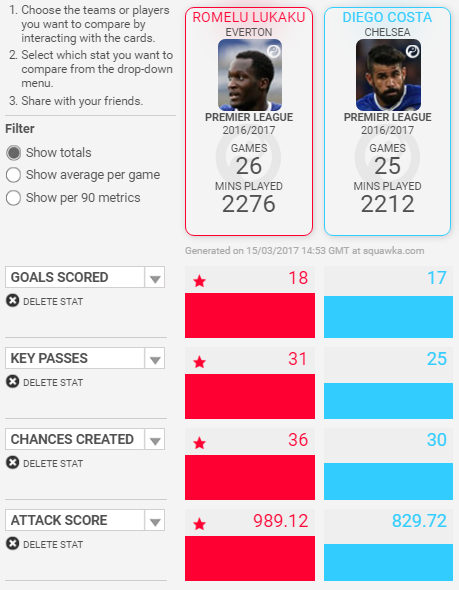 Thus, Conte would have a massive decision to make as to who leads the line, but it would be healthy competition for both men, especially as the Blues will be in the Champions League next term, and thus will play many more midweek matches.

Overall though, Lukaku would be able to develop as a player at Chelsea, given that the players around him will create ample chances to score, whilst there will also be an onus on him to do something special and potentially win the game for the Blues off his own back.

These are all traits Lukaku has shown in recent times – a move to Chelsea would be perfect in developing him as a player, and indeed taking him to the next level.