Why Arsenal must retain Olivier Giroud this summer despite Marseille interest 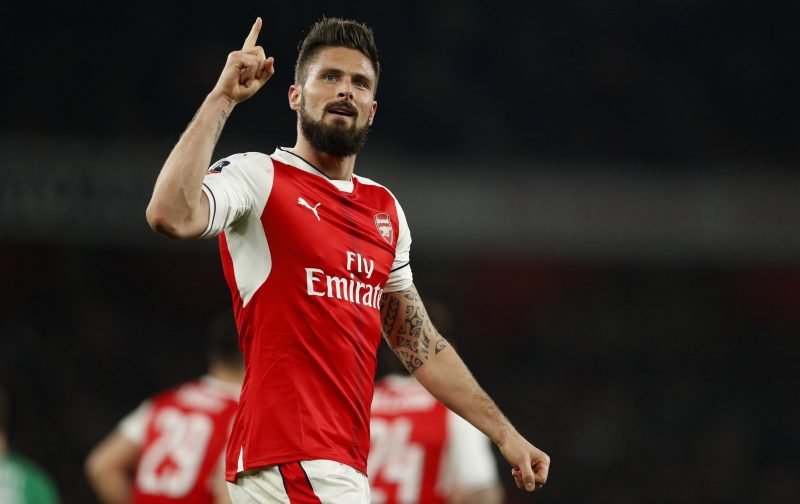 Arsenal reached the FA Cup final on Sunday after coming from behind to defeat Pep Guardiola’s Manchester City 2-1 in their semi-final at Wembley.

Arsene Wenger’s men were resilient for much of the first hour as the Citizens dominated possession and territory, and actually fell behind after 62 minutes when Sergio Aguero brilliantly dinked the ball over Petr Cech.

However, the Gunners didn’t lie down and hit back nine minutes later through Nacho Monreal, before talisman Alexis Sanchez netted the winner in extra time to send the North London outfit through to their third final in the last four years.

And it gives manager Wenger the chance to win a record seventh FA Cup crown at the home of English football next month, which could be the perfect way to end a thus far turbulent season at the Emirates.

And with a top four finish to push for between now and the end of the campaign, the Gunners have much to play for in the coming weeks, yet that hasn’t stopped speculation building about potential incomings and outgoings at the club this summer.

And one man linked with a move away from North London in recent times is striker Olivier Giroud, who has reportedly been lined up by French outfit Marseille. 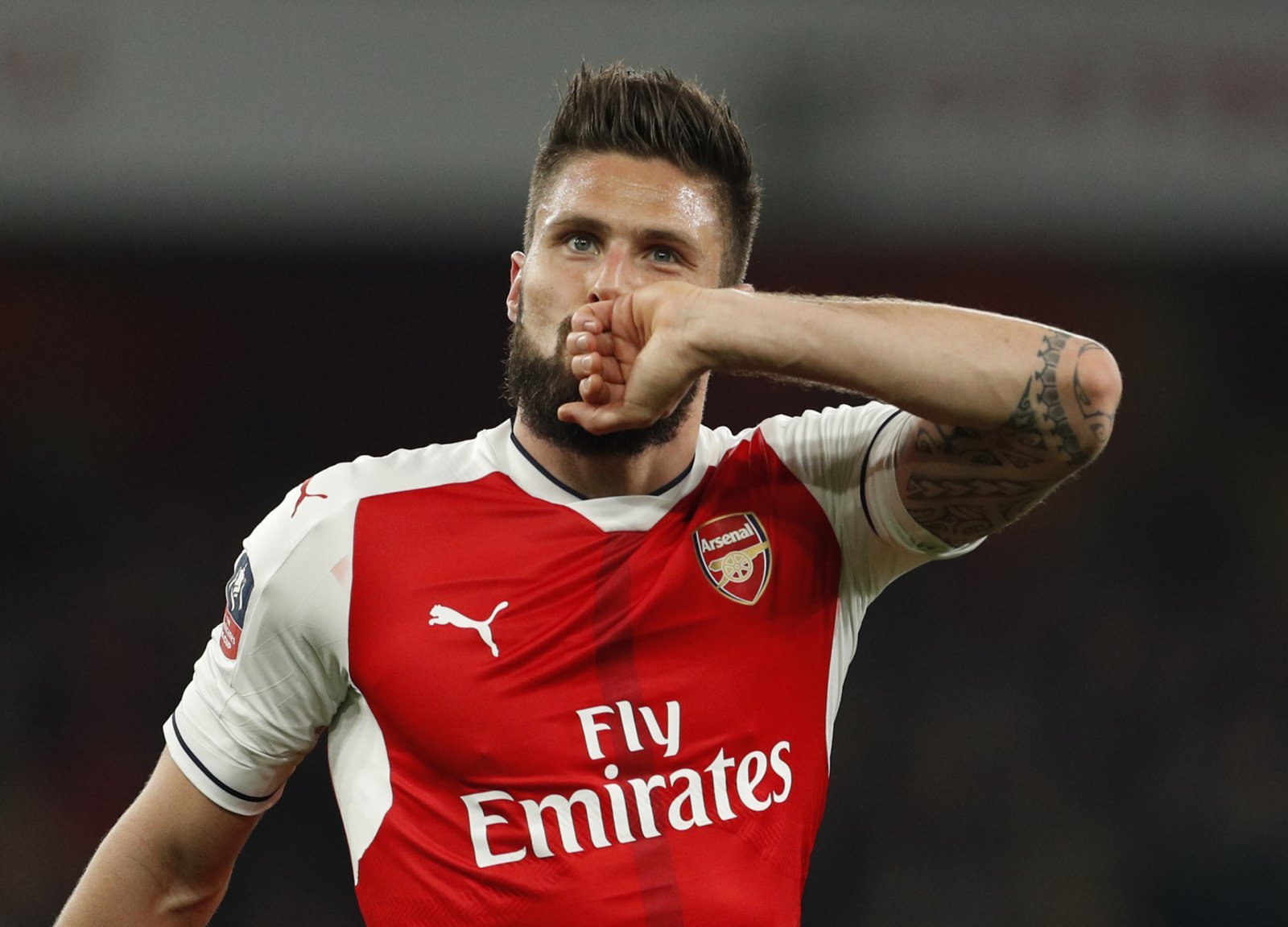 The 30-year-old, scorer of 66 Premier League goals in his career, has found first team starts hard to come by this season, and it appears that Marseille are looking to take advantage of that by bringing him to the Stade Velodrome in the summer.

However, the Gunners should retain the Frenchman this summer as he still has plenty to offer to this Arsenal side.

Although he has only managed eight Premier League starts this term, and just three in the Champions League and FA Cup, Giroud has still bagged 13 goals for Wenger’s side this season, including nine in the top-flight.

And that equates to a goal every 102 minutes in the Premier League this term, which is the second best ratio behind Harry Kane for all those players that have netted over eight goals in the division this season.

Obviously, Tottenham’s Kane has played many more minutes and scored many more goals, yet it’s a clear indication that, even though he doesn’t get on the pitch too regularly, Giroud more often than not makes a telling impact, with the France international also having laid on four assists this term. 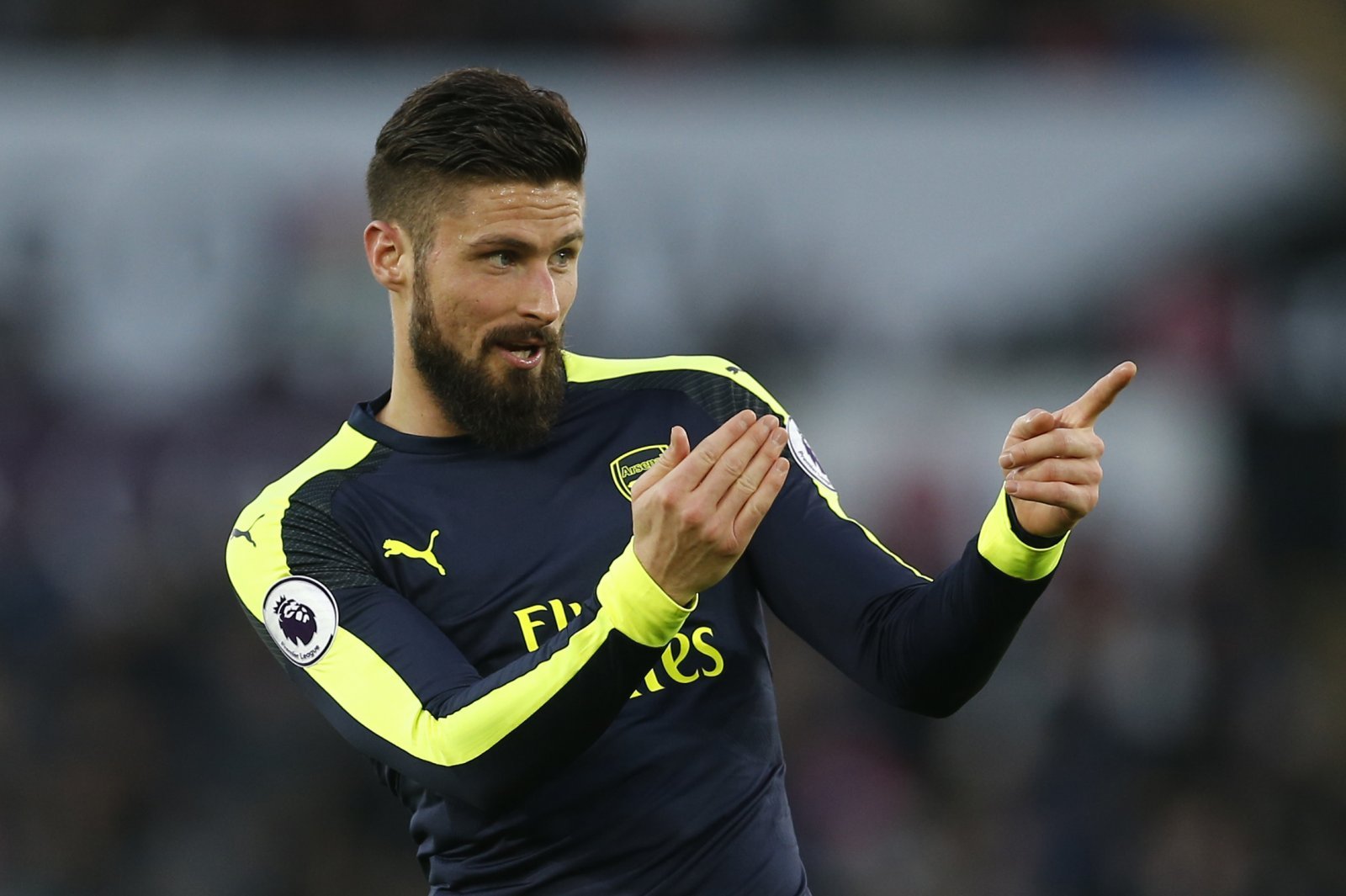 And it’s this sort of impact, and overall ability to give Arsenal another option, which should convince the Gunners to keep hold of the 30-year-old this summer.

Giroud has often been criticised (quite unfairly to be honest) for not being the world class striker Arsenal have needed to sustain a challenge in both the Premier League and the Champions League, yet there’s little doubt that his aerial presence gives them a different and more direct option when he plays.

And at times this season it has paid dividends, with the Frenchman coming off the bench against Sunderland back in October, and netting twice to secure a 4-1 win for Wenger’s side, and he also came on to net the equaliser in their 1-1 draw with Manchester United at Old Trafford.

Having him up top allows the Gunners to get the ball wide and get more crosses into the box, as they have someone good and strong in the air to aim at – many defenders, having already been given the run around by Alexis Sanchez, won’t want to defend against Giroud in the last 20 or minutes of matches.

Yes, Giroud probably won’t be a regular starter next season, but he still has something to offer in the Premier League, and that is why Wenger and the Gunners hierarchy should retain him ahead of the 2017/18 campaign.