Why Arsene Wenger has failed Alex Oxlade-Chamberlain at Arsenal 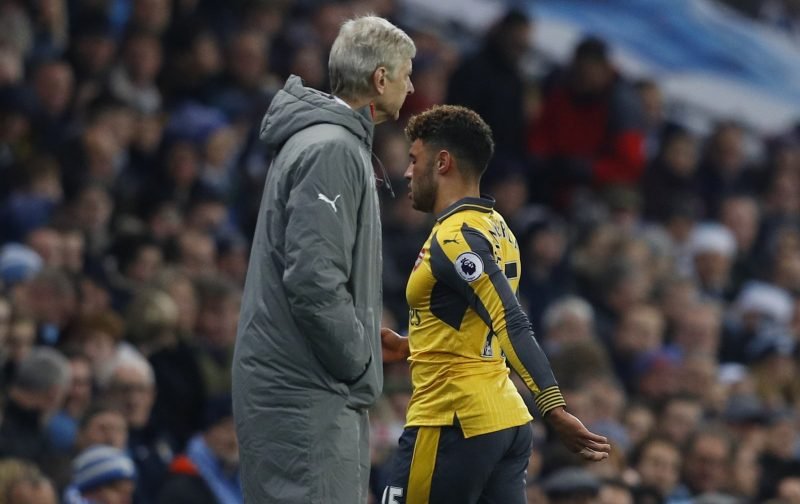 The fallout from Arsenal’s embarrassing 10-2 aggregate defeat to Bayern Munich in the last 16 of Champions League continues as reports suggest that Alex Oxlade-Chamberlain looks set to quit the club in the summer.

The England international has made 22 Premier League appearances for the Gunners this season, but half of those have been substitute appearances.

And given that he is embarking on his best goal-scoring season at the Emirates, which has so far seen him net six times for the Gunners, he may have been hoping for more regular football under Arsene Wenger this time round.

The 23-year-old said back in October that he may have to consider his future come the end of the season, and given that he still isn’t a regular in the starting eleven, the time may have come for him to move on after six years in North London.

Oxlade-Chamberlain arrived at the Emirates back in 2011 and has made 184 appearances for the Gunners, but with his future far from certain, there is reported interest in the midfielder from the two Manchester clubs.

The former Southampton man may have been at the club for six years, but here are THREE reasons why manager Wenger has failed him so far during his time at Arsenal…