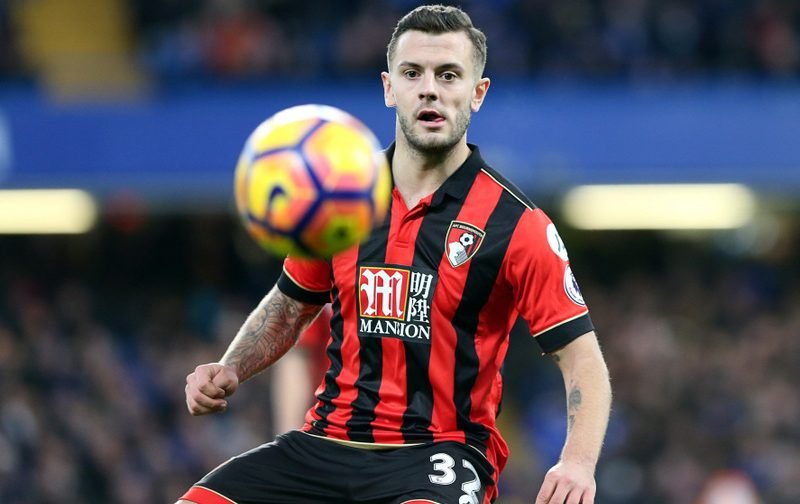 Manchester City host Stoke City in the Premier League this evening (8pm kick-off) hoping to cut the gap between themselves and leaders Chelsea to eight points.

Pep Guardiola’s side have won their last four league matches, the latest of which a 2-0 victory over bottom side Sunderland at the Stadium of Light on Sunday.

That result moved the Citizens back up to third in the table, although Chelsea’s 2-1 success at West Ham on Monday re-opened the gap to 11 points between the league leaders and Guardiola’s men.

However, the Manchester club have the chance to make up some ground on the Blues, and although they remain in the FA Cup and Champions League, speculation has already built about who Guardiola may look to sign in the summer.

And one name that has cropped up is Arsenal’s Jack Wilshere, who is currently on loan at fellow Premier League outfit Bournemouth.

The England international has struggled with injury over the last few years but appears to be building up his fitness at the Vitality Stadium, having appeared 21 times for Eddie Howe’s side this term.

The 25-year-old clearly possesses the sort of quality Guardiola may look for in the transfer window, so here are THREE reasons why Wilshere would be a perfect acquisition for City this summer…