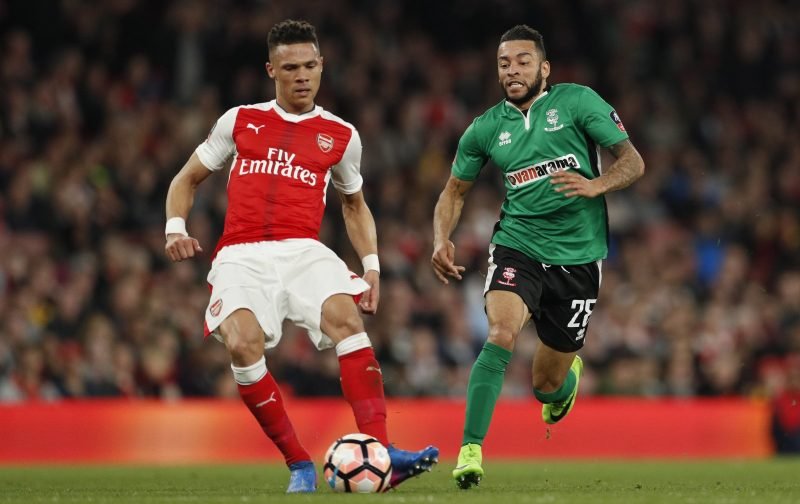 Arsenal travel to Crystal Palace this evening (8pm kick-off) hoping to keep the pressure on the Premier League’s top four.

Arsene Wenger’s side saw Liverpool, Manchester City, and Manchester United all win over the weekend to open up a gap to the Gunners, but the North London side know that victory at Selhurst Park tonight would move them back above Jose Mourinho’s United into fifth place.

And they would also reduce the gap between themselves and fourth place City to just four points should they record a 17th league win of the campaign against the Eagles tonight.

However, despite Wenger’s men still fighting for a top four place and indeed for the FA Cup trophy (they face Pep Guardiola’s City in the semi-finals in a fortnight), speculation has been building about potential incomings and outgoings at the Emirates Stadium this summer.

And one man whose future is far from certain is left-back Kieran Gibbs, who has only started three Premier League games this term for the Gunners. 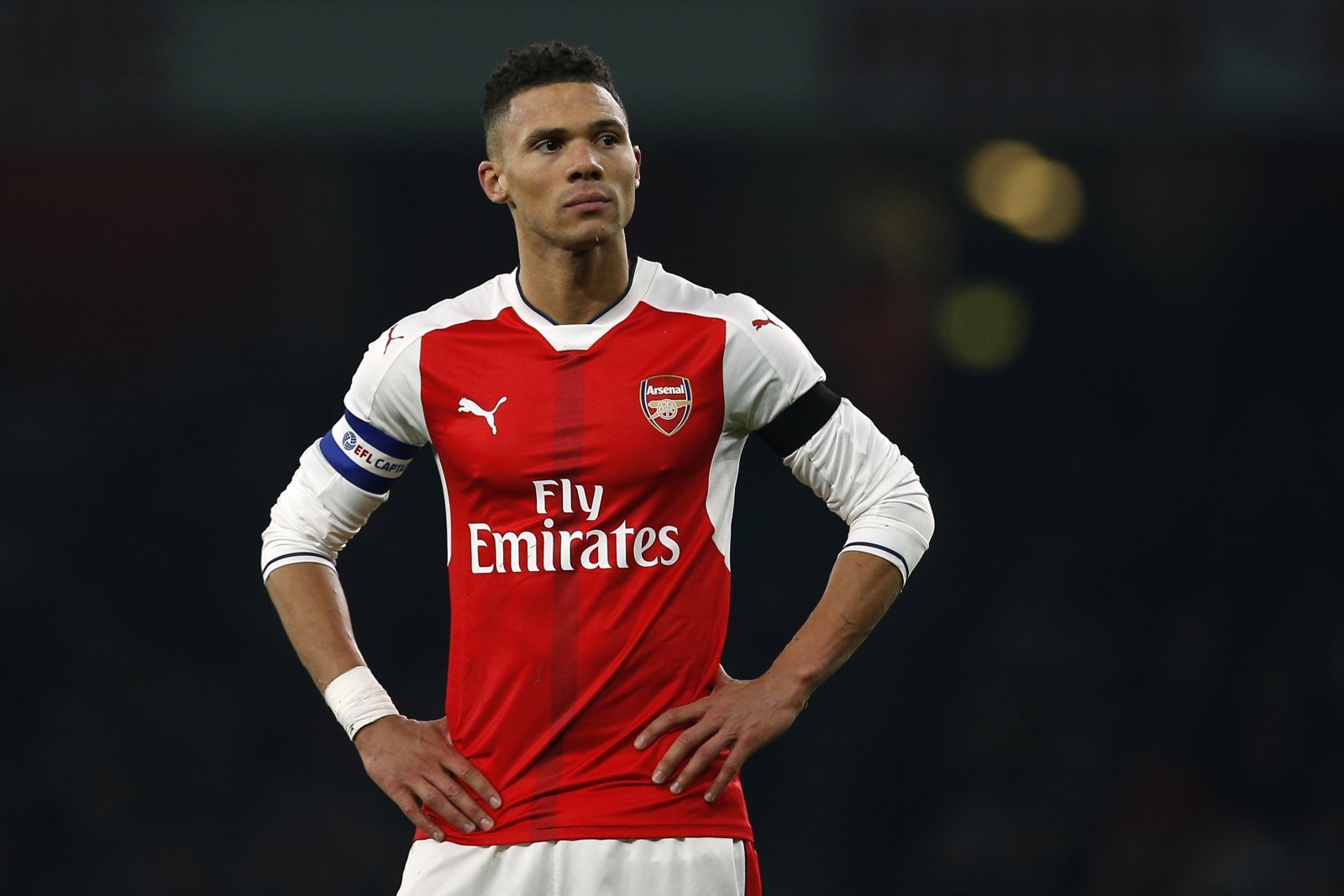 The Daily Telegraph report that the 27-year-old will be offered a new deal at the club in the summer, what with his current one set to expire in 2018, however the England international should snub any new contract offer and leave the club this summer.

And that’s because he is wasting his time at Arsenal and does not appear to be fulfilling his undoubted potential.

Gibbs made his Gunners debut all the way back in October 2007, and slowly but surely made an impression for the first team before becoming their number one left-back in time for the 2012/13 campaign.

And it was then when he really began to make a name for himself, with 108 appearances over three fine seasons at Arsenal earning him regular England call-ups, and it even looked at one stage as though he was to be the successor to Ashley Cole as the nation’s first choice left-back.

But it hasn’t happened for him in the past few seasons. 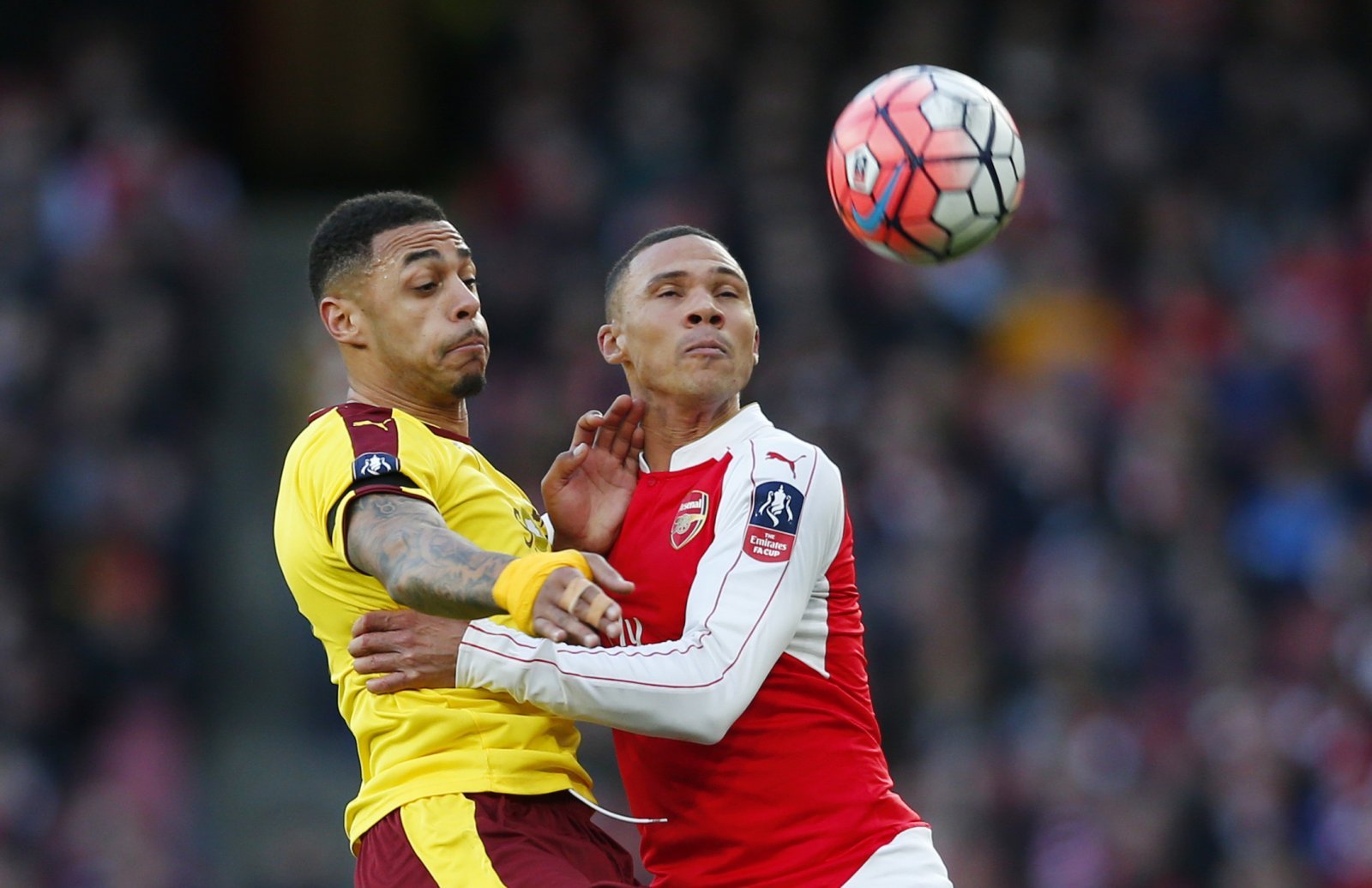 Injuries certainly haven’t helped Gibbs in his quest to re-usurp Nacho Monreal as Wenger’s prefereed left-back, but this season he has missed just five games due to injury, and only missed four at the start of the 2014/15 campaign.

Thus, for the most part, he has been fit and ready to go, but he hasn’t been able to get ahead of Monreal, as when he gets the opportunity to show what he can do, he hasn’t always been convincing, certainly in the defensive aspect of the role.

Gibbs was one of many Arsenal players who was hopeless against Bayern Munich at the Allianz Arena back in February, and although his attacking qualities can’t be questioned (he has three assists this season), he hasn’t improved much defensively – something Monreal is very adept at.

Remarkably, Gibbs is 27 years of age, and will be 28 in September – if he has serious ambitions about his future, both at club level and for England, then he simply has to leave Arsenal.

For whatever reason, it’s not working for him at the Emirates Stadium, and he’s gone from being a serious contender for the full time England left-back spot to not even making the squad – he hasn’t played for his country since 2015.

Gibbs has clearly got ability, we’ve all seen it in years gone by, but we haven’t seen it much recently, and with his contract up at the end of next season, this summer is the perfect time to seek a move elsewhere to resurrect a flailing career.