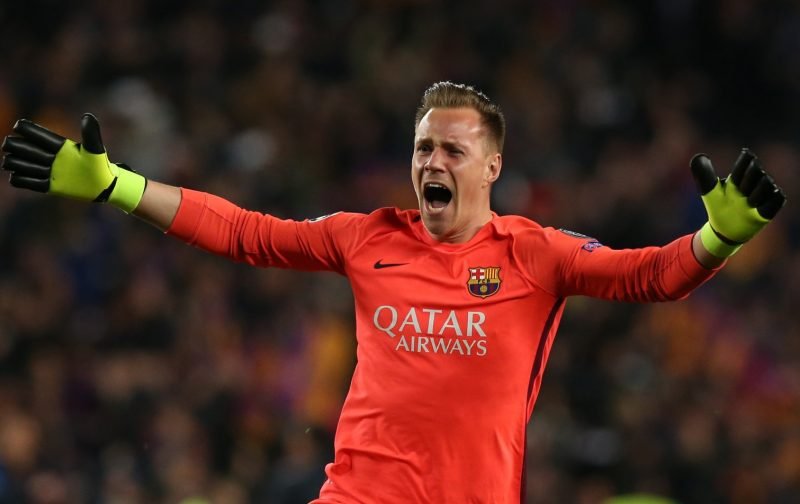 Manchester City failed to take advantage of Chelsea’s slip-up by only managing a 2-2 draw at Arsenal on Sunday, despite twice leading at the Emirates.

Leroy Sane gave Pep Guardiola’s side an early lead only for Theo Walcott to equalise five minutes before half time.

However, the hosts were level for a matter of moments as Sergio Aguero struck a fine effort past David Ospina after 42 minutes, yet they once again lost the advantage when centre-back Shkodran Mustafi headed Arsene Wenger’s side level just eight minutes into the second period.

It means that, despite Chelsea losing at home to Crystal Palace, Guardiola’s men are still 11 points adrift of the leaders, and with just nine games to go, it looks like their title challenge is over for another season.

However, they are still in the FA Cup, and will face Wenger’s men in the semi-finals later this month, so they still have plenty to play for this term, but it hasn’t stopped speculation building about who they may look to sign in the summer ahead of next season.

And one man they have been linked to in recent times is Barcelona goalkeeper Marc-Andre ter Stegen, who started both of their Champions League group stage clashes against City earlier this season. 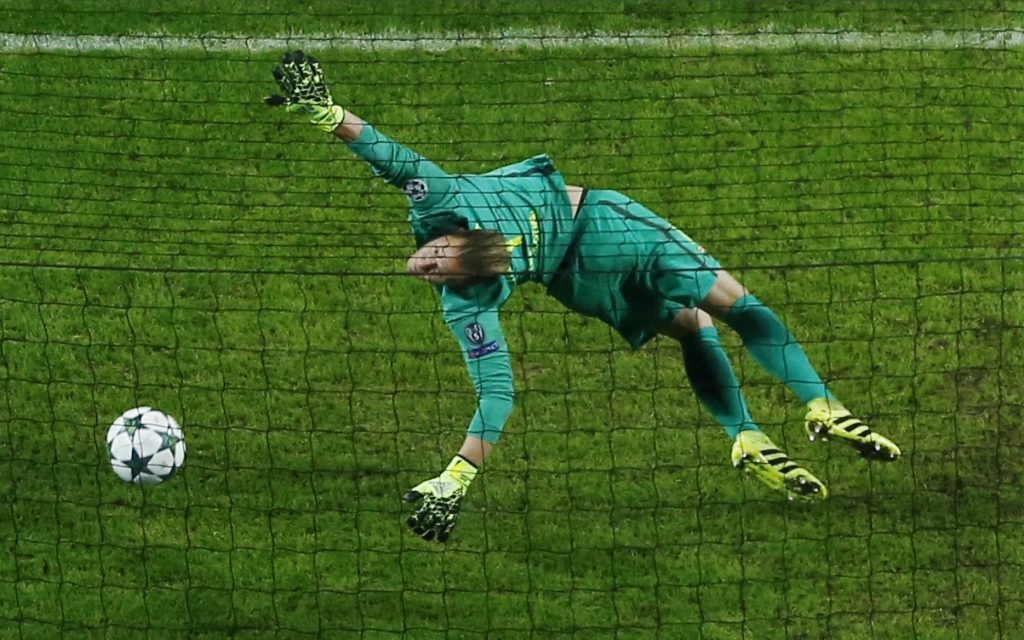 The 24-year-old has recently said that he is happy at the Nou Camp amid interest from the Premier League outfit but, from City’s point of view, it’s a deal they simply must get done in the summer.

And that’s because the current goalkeeping options at the club simply aren’t good enough and reliable enough to help win them the Premier League.

Claudio Bravo, who arrived from Barcelona last summer, has been hopeless in between the sticks for City, making several shot-stopping errors and failing to show a clear command of his penalty area.

His catching error on his debut against Manchester United on September 12 was put down to first-game nerves, yet it was a clear sign of things to come, to the point that Guardiola has taken him out of the side in favour of Willy Caballero, who is without doubt a better shot-stopper. 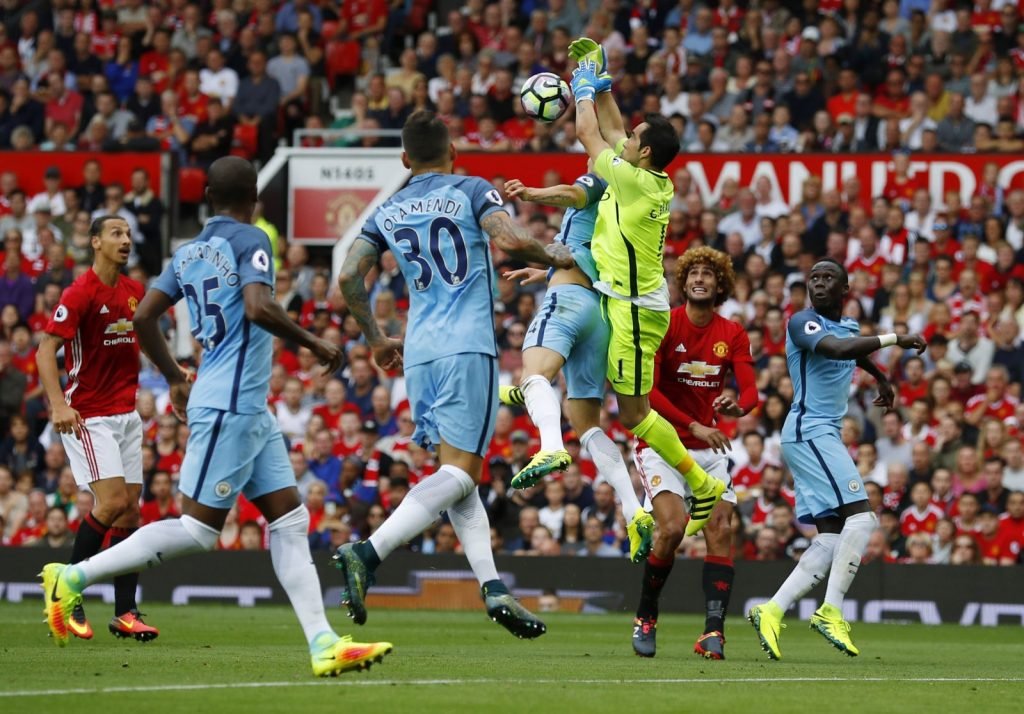 The 35-year-old came in for Bravo ahead of their 4-0 win over West Ham on February 1, and has since then kept three clean sheets in six Premier League matches, and conceded just four goals.

However, Caballero is noticeably not as adept with the ball at his feet, and given that he is 35 and out of contract in the summer, he’s unlikely to remain Guardiola’s number one beyond the current campaign.

And that’s why a move for ter Stegen is something Guardiola must consider this summer, especially as he is the proven sweeper-keeper the Spaniard wants in his team. 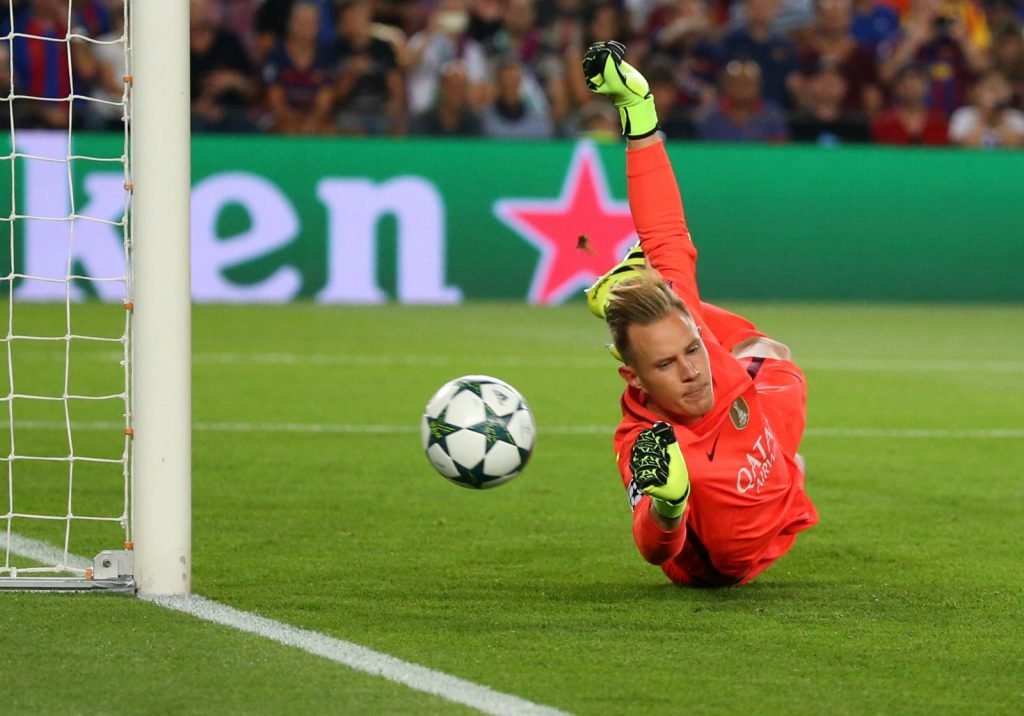 The 24-year-old has become the number one at the Nou Camp this season following the departure of Bravo in the summer, and since he moved there in 2014, the Germany international has helped Luis Enrique’s side win two La Liga titles and the Champions League.

Although he has not been number one throughout his time in Barcelona, he was given the nod in their Champions League campaigns of 2014/15 and 2015/16, even if he wasn’t the first choice in La Liga.

But this season has seen him become the number one across all competitions, and that clearly suggests that the Catalans rate him very highly, to the point that they were willing to let Bravo leave for City last summer knowing they had ter Stegen as back-up.

He can play the type of football Guardiola wants, and is also a decent enough shot-stopper to bail the team out should they struggle defensively or if someone breaks through on goal – it’s a deal Guardiola needs to get done as, at the moment, the current goalkeepers at the club aren’t good enough to help him win the Premier League title at Manchester City.