Why the Christmas period can give Millwall’s promotion bid momentum

Usually – statistically – one of the best parts in Millwall’s season, year upon year.

With so many games in such a small space of time, it is a real chance for teams to make their move towards promotion – or slide down the table at an alarming rate.

In 2016-17, Neil Harris’ Lions are presented with a golden opportunity.

Already in December, Millwall have taken in three home games; an FA Cup encounter with non-league Braintree Town, a Checkatrade Trophy waste of time against League Two Wycombe Wanderers and a League One clash with rock-bottom Shrewsbury Town.

Granted, most of those didn’t go the way of Harris’ charges, but after the final whistle blows at the Lions’ trip to Scunthorpe United on December 17, the club do not have to travel outside of the London parameters until mid-January.

Millwall’s festive fixtures include another trio of home games, this time all in the league, against local rivals Charlton Athletic and Gillingham, with a Boxing Day clash with Swindon Town providing the meat – it’s probably apt to say turkey at this time of the year – in the sandwich.

Following that, it’s a trip to Paul Robinson’s AFC Wimbledon, before an intriguing looking FA Cup tie at home to AFC Bournemouth. After that, the Addicks come calling once more, as we head to The Valley.

Considering the opposition in two of them, the three home games could provide the Lions with a real boost and some momentum heading into 2017.

The atmosphere will be lively, the football will be full of blood and thunder and with any luck, the results will go the way of the hosts. Of course, it could all go in the other direction, but we won’t talk about that! 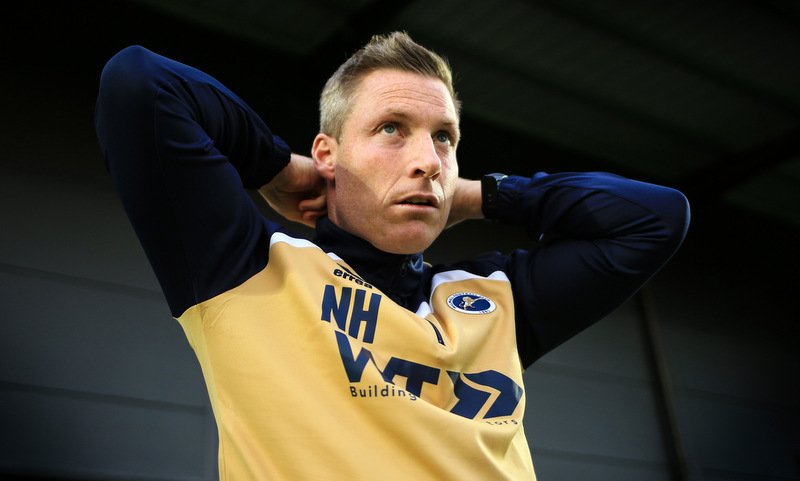 Should the Lions come through those, a trip to Wimbledon could provide the perfect tonic for all those New Year’s hangovers.

After all the build-up, the Den clash in mid-November was ultimately a damp squib, but the pressure cooker of the Wombles’ Kingsmeadow ground will surely make for a more explosive clash on January 2.

Whilst the FA Cup isn’t as important as the league (although, to many (including me) it is still one of the biggest priorities in football), the visit of Premier League Bournemouth will provide Harris and his squad with a different test altogether.

Should the festive pendulum swing the way of the Lions, there could be a real sense of momentum by the time Eddie Howe’s charges come to town on January 7. An FA Cup run can also boost league form, so there is no reason why Millwall shouldn’t go full tilt in their attempts to reach Round Four.

The following Saturday’s meet-up with Charlton will be ninth game in ten inside the capital.

Whilst that run hasn’t started out in the best of ways, there is a real chance for Millwall to hand out some capital punishment over the Christmas/New Year period and fire their way up the League One table.

This particular time of the campaign is where the movers move and the shakers shake – whether the Lions can nudge themselves into a decent position for the run-in remains to be seen.

Anomalies like the loss to Shrewsbury happen once in a while, but apart from that, Millwall’s form – and results – have been good of late and I don’t see any reason why they can’t be looking at cementing a top six place come mid-January/early February.

So, there we are. After three and a half years of writing for Shoot!, this blog is to be my last.

I’d just like to take this opportunity to thank you all for reading and should you wish to know what’s next, please feel free to follow me on Twitter @IAmTheLitch.

Come on you Lions!